Arts and events, Knowledge and innovation 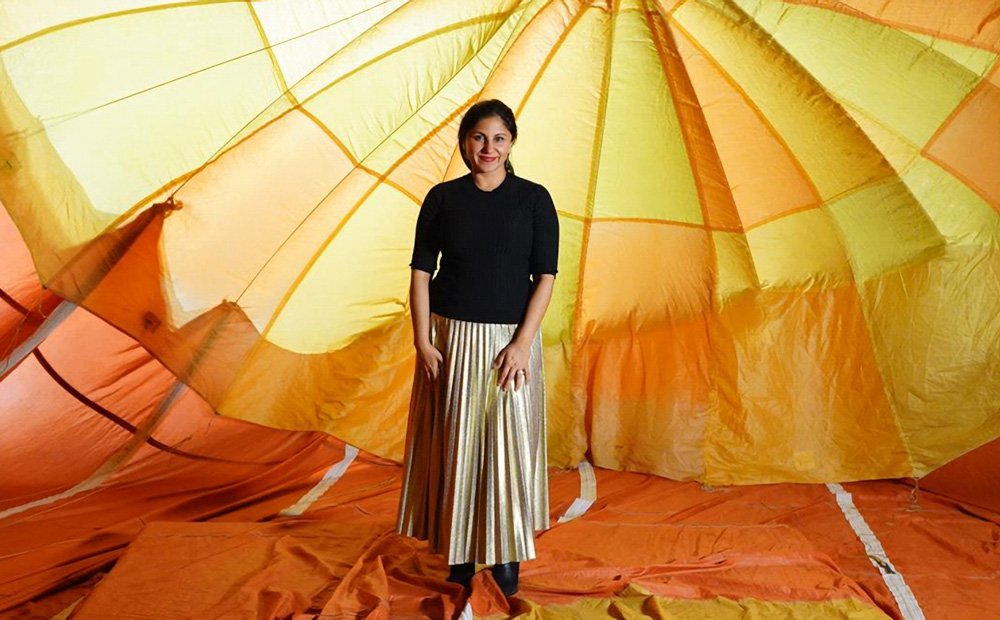 Melburnians gathered to taste the future of food, glimpse our future city in 3D, and health-check their digital lives at the 10th anniversary of Melbourne Knowledge Week.

The festival’s keynote speaker Raina Kumra is CEO of Juggernaut, which finds ways to address the unintended consequences of technology.

At Melbourne Knowledge Week, Raina shared tips for how to lead a healthier digital life, and simple questions people should ask before they launch a piece of technology into the world, or bring it into their homes.

Raina’s passion for technology and storytelling began at an early age, during her childhood in Silicon Valley.

‘There were computer parts lying about the house and Dad would sometimes explain what each component did – when you’re a kid with technology like that in the garage, you can’t help but be curious,’ Raina said.

‘I remember getting one of the very first copies of Adobe Premiere, even before it was launched. It would take 30 minutes to do a single edit, but I was in awe. That’s what led me to film school.’

Raina jokes that she resisted her parents’ desire for her to be a filmmaker and a doctor, yet her career has been no less impressive. She even worked under the Obama Administration to advance innovation and new media.

During her journey, Raina has seen many big tech companies, and their major funders, fail to have foresight, take responsibility for problems they cause, and solve them before they turn into ‘freight trains’.

Despite this, Raina is optimistic about the future, and believes creativity can be our superpower.

‘The conversations I’m having today are very different from the ones I was having two years ago. Now companies understand the Spiderman motto: “with great power comes great responsibility”.’

‘Makers of technology must be more empathetic and compassionate when building things, and not just focus on money or fame. Better decisions will flow from that, and technology will become more inclusive.

‘I hope I’ve left Melbourne with the message that the tech industry needs new imagination, and there is no reason that it can’t be built better in Melbourne, or anywhere else in the world.’