Why we love the central city 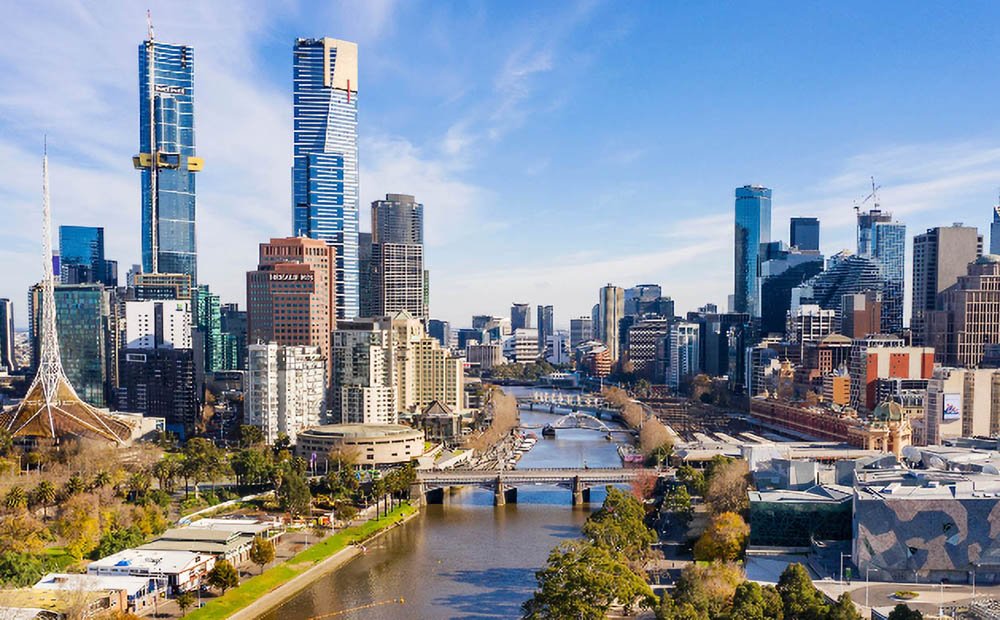 Have you ever tried to count the ways you love the city? It’s a trick question really, because the city reinvents itself every day. Your list of favourites is probably a living thing too.

A restaurant in a car park. Rooftop bars. An underground Mexican bodega. Hidden gold vaults. A concept store in a cathedral-esque space. A cheese cellar. A vertical gallery with a view of Flinders Street. 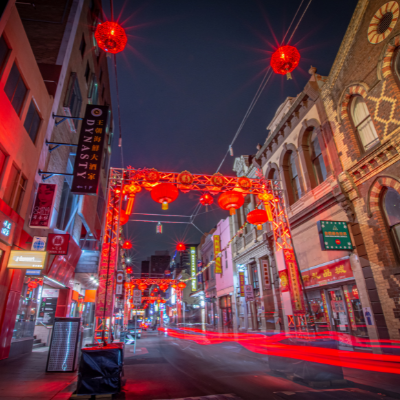 Quietly discovering the stories of the city, such as where there was once a waterfall and a saltwater lake.

Free walks that take you on a quest for green space, Aboriginal Melbourne, icons and architecture, music legends, the glorious grid, street art. Stumbling across that Banksy.

So many layers of street art, from ephemeral paste-ups to monolithic murals. A new generation of artists flashing forward to unlock gems in our beloved cobblestone laneways. Giant light boxes, walls that seem to glow, neon reminders.

A city of literature and knowledge. Bookshops for paperbacks, books for cooks, bookshops in basements and three floors up. A domed reading room. A piano serenade in a laneway library and new pop-up libraries in unexpected locales – even one for kids. 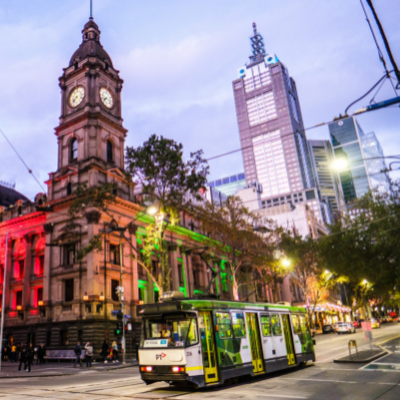 A conversation hub. A gallery with a moat and a water wall and blockbusters and a pink pond. A museum for immigration, another with a rainforest gallery.

People dressed as birds leaping into the river of mists while crowds cheer. Sleek fashion parades in laneways. Comedians in colourful costumes spruiking their new shows. Haunting creatures in a forgotten ballroom.

Pop-up shops. Stately arcades. A shopping complex built around a shot tower, another alongside our first public hospital. Walkways in the sky, connecting upscale retailers in a flurry of fashion, design and food. Artisans and entrepreneurs reinventing empty shopfronts. 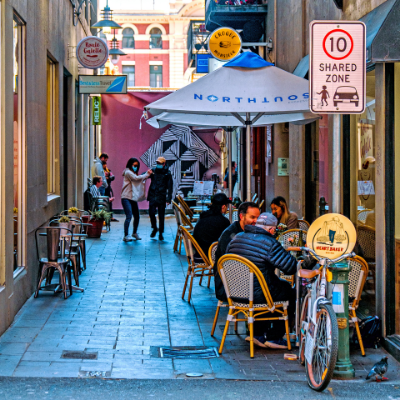 The city soundscape. A sunrise walk along the Birrarung. Taking lunch in a pocket park. A twilight run around the gardens. An outdoor feast. A drink after the show. A late-night gig. A city pad or swish hotel to tumble into, with a nod to the old fabric and an eye on the new.