Why we love Southbank 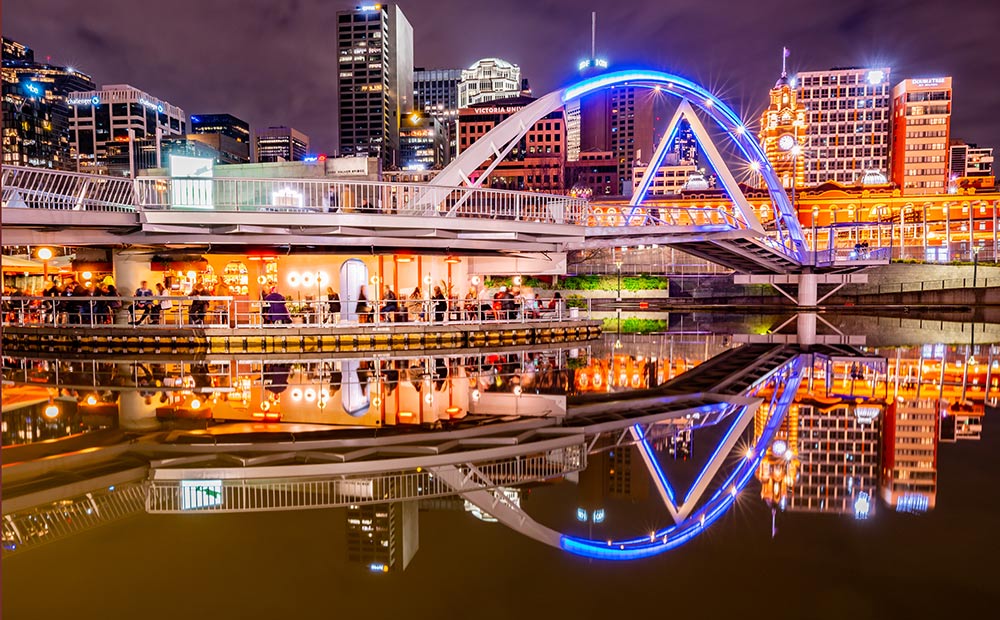 Make time for a spot of people-watching in Southbank, with the city skyline twinkling across the river, and the vista will pay you back in good vibes.

Southbank is an important cultural hub that stretches to the south of the Yarra River – Birrarung.

Did you know that there was once a waterfall where Queens Bridge now stands? The area is rich with Aboriginal heritage and continuing cultural significance.

The falls were as a crossing point and a meeting place, rich with natural resources, and marked the point where the Birrarung turned from salt to fresh water. You can still see a trace of the falls in the basalt ridge on either side of the river.

Many sites are described in the Mapping Aboriginal Melbourne project.

Southbank has experienced rapid growth since the 1990s. evolving from an industrial area into a dense, high-rise neighbourhood. Almost all dwellings are flats or apartments.

Southbank Promenade is one of Melbourne’s major entertainment precincts, boasting many restaurants and hotels. Spectacular river and city views make it a popular place for locals and visitors alike.

This vibrant neighbourhood lays claim to a world-class Melbourne Arts Precinct, which boasts one of the highest concentrations of arts and cultural organisations in the world. 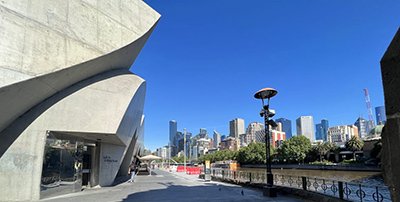 It’s part of our plan to grow Southbank as Melbourne’s premier arts precinct. An extension of the central city. Focused on the Birrarung. A truly walkable neighbourhood. A great environment for people.

Ten years ago, we converted the heritage-listed site of the former JH Boyd Girls’ High School into the Boyd Hub, hosting the Southbank Library and integrated family services, a community centre, and creative spaces as well as Boyd Park. 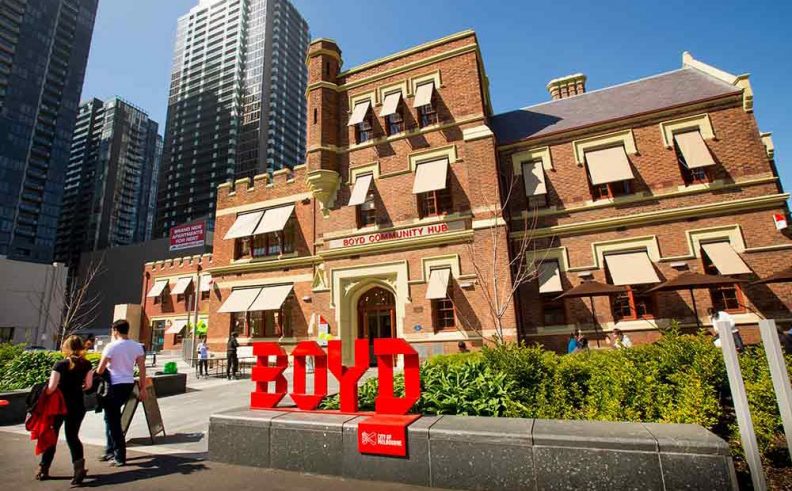 Two new neighbourhood parks and a community play space have just been welcomed to the neighbourhood as part of the $44 million Southbank Boulevard transformation. 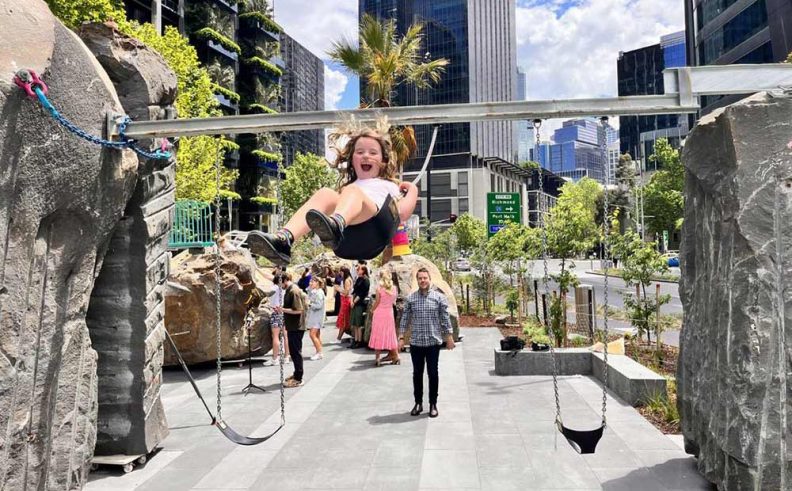 Meet the City of Melbourne team at the new play space (between Fawkner and Kavanagh streets) from 4pm to 4.45pm on Tuesday 22 November 2022 to celebrate the completion of the fifth stage of the Transforming Southbank Boulevard project.

Over the past six months we’ve responded to more than 400 instances of dumped rubbish, and removed 2860 square metres of graffiti from Southbank, including from riverbank walls and bridges.

We’re investing in neighbourhood infrastructure this year, renewing roadways and the urban forest, and maintaining community facilities and footpaths.

We’ve consulted with the community to identify 14 local priorities for Southbank. Pedestrian safety, traffic management, more parks with amenities, and more spaces and activities for community were front-of-mind in more than 800 pieces of feedback.

Find out more in the Southbank Neighbourhood Portal and meet your dedicated neighbourhood partner for Southbank.

A neighbourhood Future Melbourne Committee Meeting was held in Southbank on Tuesday 22 November 2022. Find out more or stream it live.