Why we love North Melbourne 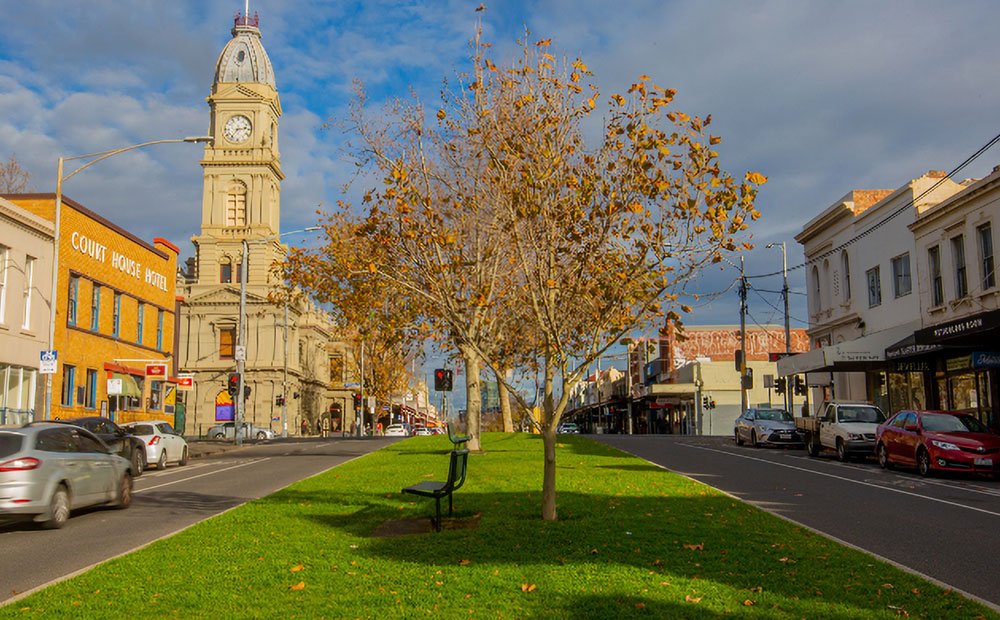 Dynamic North Melbourne is brimming with creativity and community spirit.

North Melbourne is found on the lands of the Wurundjeri people of the Eastern Kulin, along the banks of the Moonee Ponds Creek.

As one of the first Victorian towns to be granted municipal status, North Melbourne is renowned for its charming village vibe, complete with Victorian-era shopfronts and Robert Hoddle’s distinctive wide streetscapes.

It has come a long way from its days as an industrial employment hub for the local livestock precinct, though its landmarks still pay homage to these origins.

Meat Market was once the site of boisterous bartering between butchers and meat traders. It now stages a different kind of theatrics as an important creative hub within the neighbourhood.

North Melbourne is also home to Arts House, in the former North Melbourne Town Hall. It stages about 25 new contemporary performance pieces a year, and is a haven for artists and small arts organisations.

The North Melbourne Library, built in 1882, has been an important community gathering place for many local residents over the years – as has the Lady Huntingfield Early Learning and Family Services Centre, which has been serving local families for more than 80 years.

North Melbourne’s streets tell a story of its evolution, featuring both heritage and urban-industrial architecture seamlessly.

The area is home to almost 18,000 residents – half of whom were born overseas, with the majority aged between 20 and 34.

More than 70 per cent of North Melburnians live in apartments – whether in public housing towers around Boundary Road, in private medium-density complexes, or contemporary warehouse conversions.

The neighbourhood is set to undergo further transformation as it welcomes the urban renewal works in Arden and Macaulay.

The Arden precinct alone will attract 34,000 local jobs in health, life science, digital technology and education, and see a new train station built as part of the Metro Tunnel project.

Macaulay in the north-east promises new streets, a school, enhanced active-transport options and a community centre.

Boundary Road and the extension of Macaulay Road will become two vibrant main streets, where locals can look forward to more boutiques, eateries and entertainment.

Roam the block flanked by Queensberry, Errol and Victoria streets for everything from flat shoes to antiques and vintage, quirky games and indy books. There’s even a shop dedicated to pampering your furry friends.

Have you ever star spotted a Kangaroo around our facilities at North Melbourne Recreation Centre? Nearby Gardiner Reserve – which almost doubled in size recently – is named after the club’s founder.