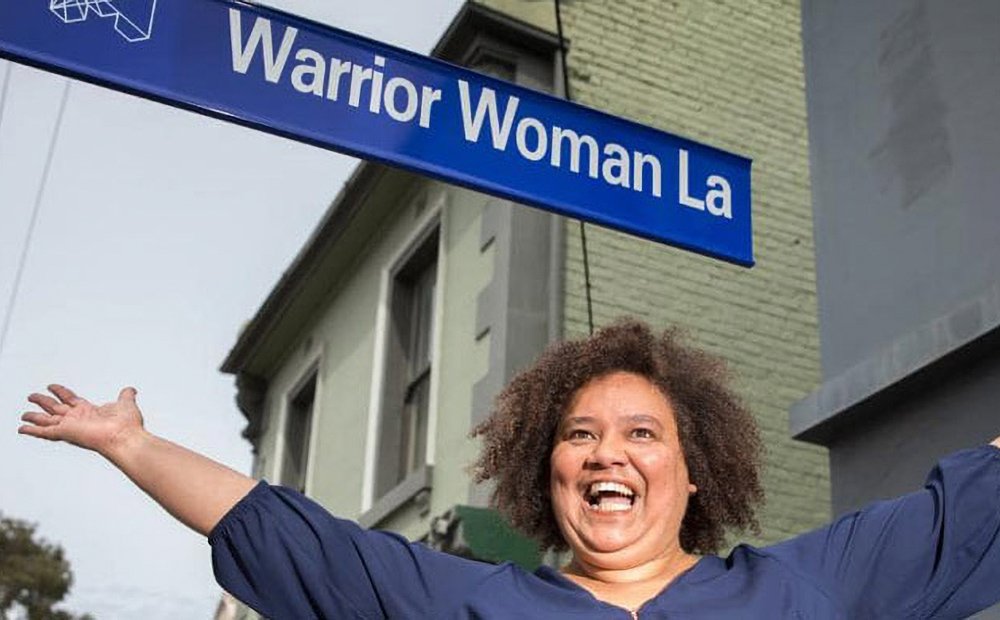 Take a moment to reflect on the courageous women who have shaped our community as you pass by the newly-named Warrior Woman Lane in Carlton.

The name pays tribute to the late Lisa Bellear, a passionate advocate for Aboriginal rights and representation, broadcaster, photographer and poet.

At the age of 27, Lisa became the first female Aboriginal councillor for the former Collingwood City Council and went on to serve the Victorian Stolen Generations Taskforce and Reconciliation Victoria.

Amid her many achievements, Lisa was also a founding member of Ilbijerri theatre company and presented Not Another Koori Show on 3CR Community Radio for more than 20 years.

Because Lisa’s surname is very similar to Bellair Street in Kensington, her family suggested the laneway be named ‘Warrior Woman’, words that feature in one of her poems.

Councillor Rohan Leppert, Chair of the Arts, Culture and Heritage portfolio, said the City of Melbourne is working closely with the Victorian Women’s Trust to address gender bias in street naming.

‘It’s not every day we get the chance to name a laneway, so this was a fantastic opportunity to honour Lisa Bellear and her poetry,’ Cr Leppert said.

‘At the City of Melbourne we encourage and support street and place names that act as a reminder of local history, culture and citizens.’

Warrior Woman Lane is located off Nicholson Street between Kay Street and Alexandra Parade. It has existed since the 1800s and, until now, had no name.

A recent subdivision of a property on the laneway required an address for residents of the new dwelling.

To find out more about how we are working in partnership to honour more warrior women across our city, visit the Victorian Women’s Trust.