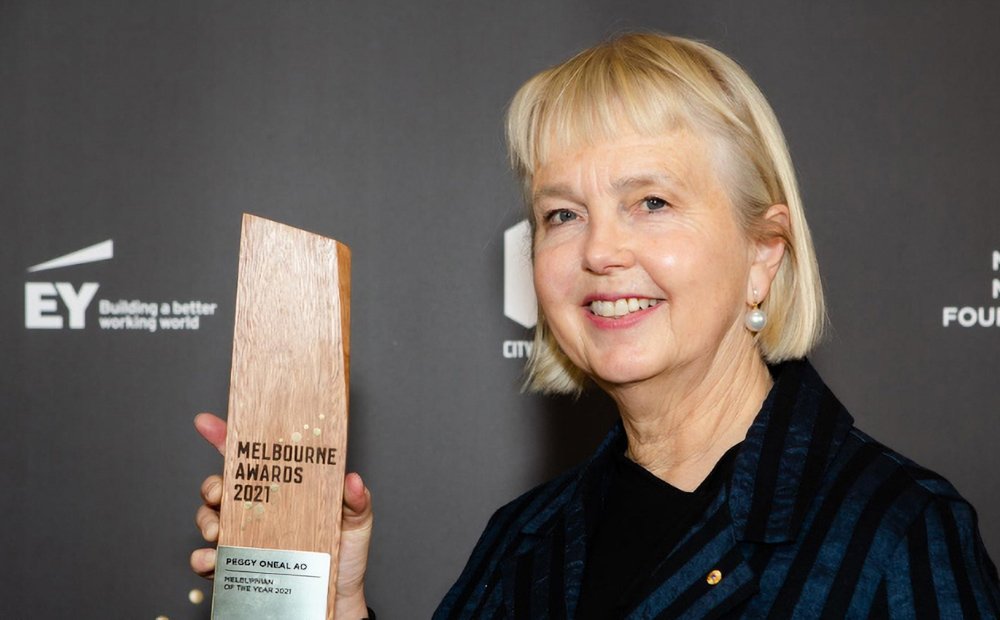 Prominent businesswoman and Richmond Football Club President Peggy O’Neal AO has been crowned 2021 Melburnian of the Year for her work advocating for women in leadership roles.

Since moving to Melbourne from West Virginia more than 30 years ago, Peggy has forged a successful career as a lawyer, and in 2013 became the first-ever female
president of an AFL club.

Peggy is also a board member of Women’s Housing Ltd, helping disadvantaged and vulnerable women gain access to safe housing.

‘When I came to Melbourne in 1989, I could never have imagined that an honour like this would come my way,’ Peggy said.

‘My deepest thanks to the City of Melbourne for this recognition. When I consider those who have previously been named Melburnian of the Year, I am surprised and truly humbled to find myself in such company.

‘I am particularly pleased that this award cites my lifetime commitment to equality for women and girls and the significant role that sport can play in making equality happen for all communities.’

The prestigious award forms part of the annual Melbourne Awards program, which this year recognised another eight organisations for their valued work across a range of industries.

Winners included Farmer’s Daughters – a food and dining experience that champions local sourcing and sustainability, and RMHive – an app developed to respond to the unique mental health needs of healthcare workers.