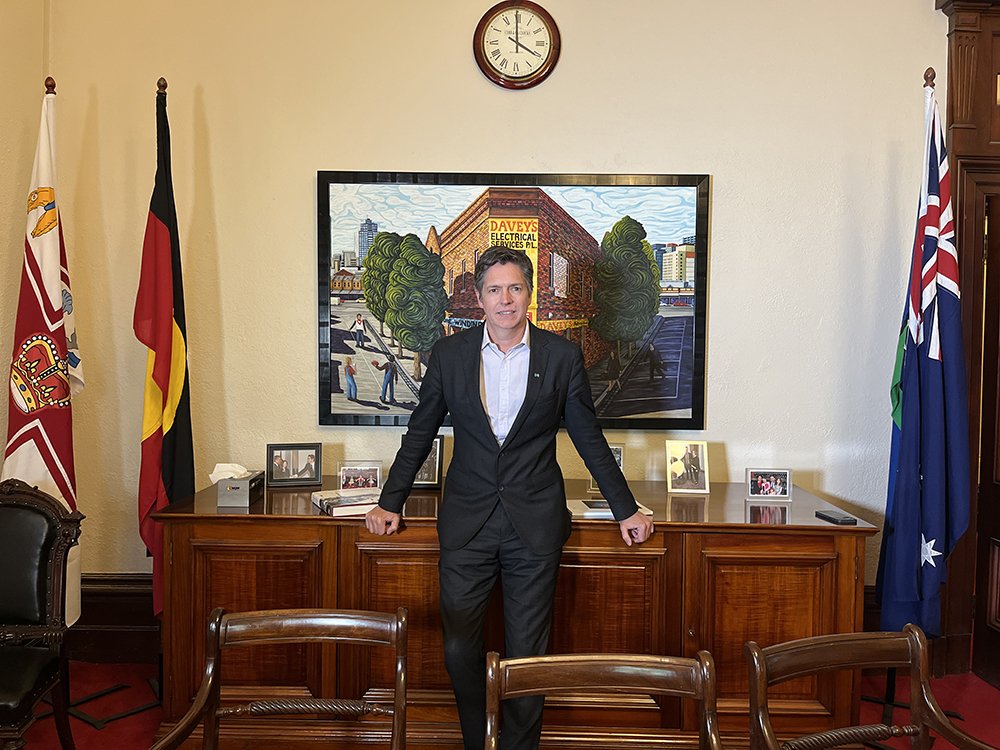 Now in his sixth year as a City of Melbourne councillor, the Deputy Lord Mayor said he was inspired to stand for election after being part of a citizens’ panel.

‘My first encounter with the City of Melbourne – apart from having been a resident and working in the city – was running a citizens’ panel that helped develop a 10-year council plan back in about 2013. That experience really opened my eyes to all the important touchpoints local council has in people’s lives.

“I have been very fortunate to have a career in public service working for a Prime Minister and Premiers, not for profits like The Big Issue and Movember, as well as having been a lawyer and in business. Having got under the bonnet at Town Hall I was struck by a sense that I could bring all that experience together and make a real difference.

“The thing I love about the City of Melbourne is that you get to think big and act local.  We tackle some of the toughest issues going around such as economic recovery after Covid, homelessness or climate change – but we do it in ways that make a real difference to people’s daily lives.

“We also turn up every single day and deliver all those key services that make the city hum, there is a lot of pride to be found in keeping the city, clean, green, bustling, buzzing, healthy, smart and safe.

The Deputy Lord Mayor says sustainability and design excellence are two priority interests in his role as head of the City of Melbourne’s planning portfolio.

‘We have a big role to play in making Melbourne a truly sustainable city – we are leading the way in moving to zero emissions and zero waste.

‘Two thirds of emissions in the City of Melbourne come from buildings – so having more environmentally-friendly buildings is a critical part of the pathway to us being a sustainable city.’

The Deputy Lord Mayor said he was proud of the work being done at the City of Melbourne to lift standards of design and architectural excellence.

‘Too much crap was being built.  So we’ve introduced a design excellence program which for the first time includes a Design Review Panel and a Design Excellence Advisory Committee.

‘We’ve put in place new standards so Melburnians will see more buildings that they can be proud of, that give back to the city more than they take.

‘Buildings that have high quality materials that will stand the test of time, with green roofs and walls, energy efficient, sustainable transport enabled, and delivering high levels of amenity.

‘I want Melbourne to be the Copenhagen of the south, a city that people from all over the world visit because we are an exemplar of architectural excellence, urban design and green buildings.’

Having been part of council before and during the pandemic, he regards “Melbourne in lockdown” as his biggest challenge.

‘As a city councillor I was coming into town hall a lot during that period and it was an absolute tragedy to see those empty streets. Cities without people are sad and scary places.

‘COVID-19 was a one in 100 year disruption for Melbourne and we were the hardest hit municipality in the country economically.

‘Melbourne was really tested during the lockdown and the mettle of the council was tested too. I think the city rose to the challenge and showed Melburnians, and the world, our character.

For example, when nine public housing towers in North Melbourne and Flemington were put into hard lockdown without warning, there were issues getting food supplies in. The City of Melbourne stepped up and played a coordinating role though our community centre to get vitally needed supplies to people in need.’

He’s also proud of City of Melbourne’s support for international students during this period.

‘They were left high and dry without work and without any form of welfare support.

‘So we stepped in with food vouchers for students which they could redeem at the Queen Victoria Market – we made a very clear statement about the students being part of Melbourne, part of our community, good young people who needed our care.

‘Melbourne Town Hall was also set up as a community health vaccination hub that was open to everyone –  it became a popular vaccination centre for homeless and marginalised people, international students, people on temporary permit visas, and anyone else who fell through the cracks of the health system

‘We were there at the coalface, as the level of government closest to the people.  The City of Melbourne was there for them.’

Now that the economic outlook is more promising, he says council’s support for business, events and city activation are all bearing fruit.

‘The city has gone through some really tough times, but now there is a real sense of excitement as the recovery takes off.

‘Recent data shows a record number of new hospitality venues opening.  The buzz is well and truly coming back to Melbourne and its new, and exciting, and different.  Melbourne right now is a city of possibility.’

In distilling his approach as a councillor, the Deputy Lord Mayor said: ‘No issue too small, no issue too big.  I absolutely love helping people with day-to-day problems around the city, fixing things for them.  I also love being part of something bigger than any of us.  The survival, then the recovery, and now the reinstatement of Melbourne as the world’s best city – bigger, better and brighter than ever before.’ 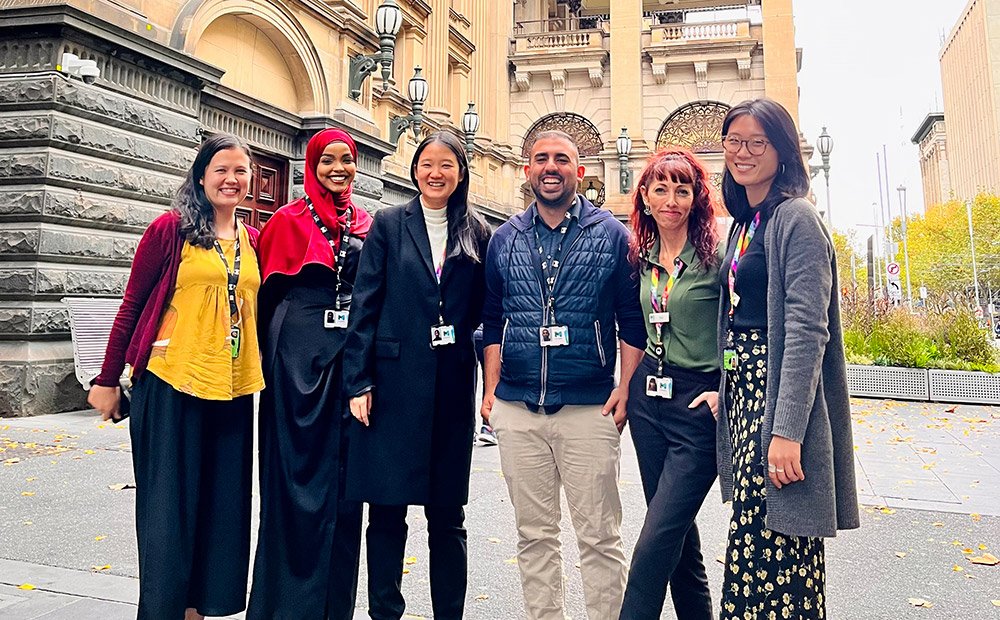 Say hello to your friendly neighbourhood partner and share ideas to make your community the best it can be. From historic Carlton to the glistening harbour at Docklands, each City of Melbourne neighbourhood needs different services and support based on its unique...