The master of all metermen 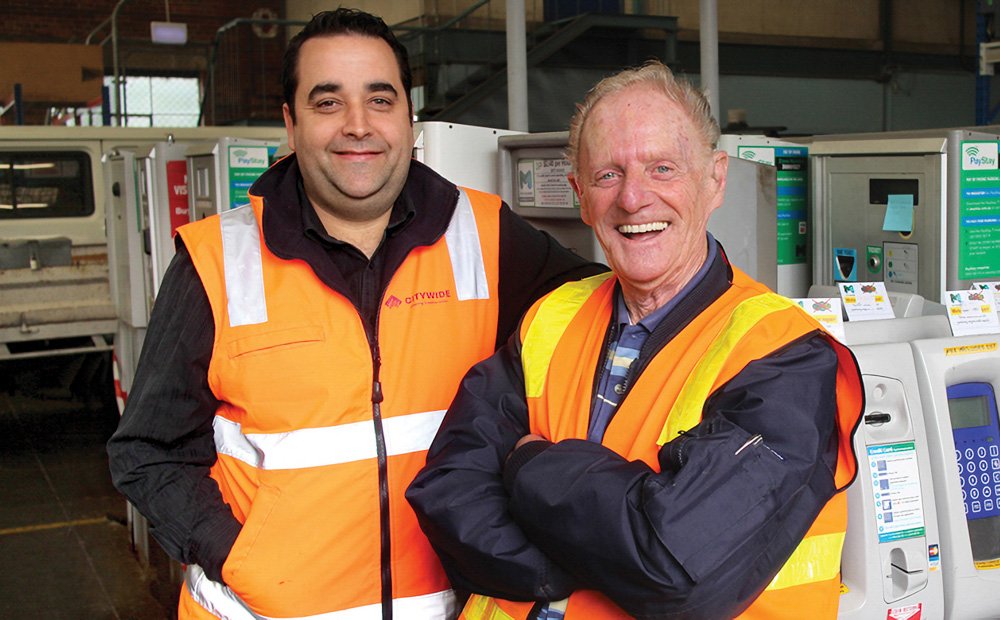 Young metal spinner Alan Dyer joined the City of Melbourne as a parking meter repairer in 1971 and, over 40 years, became one of the best in the business.

In the early days, a team of 20 metermen would check and wind up the central city’s 16,500 meters daily.

‘We would easily walk 10 miles a day. It was a great job, walking about in the sunshine,’ Alan said.

‘Most importantly, our team was one big happy family, and our managers were always top blokes.

‘Sometimes we’d have to fix machines after people jammed in a brass washer instead of a 10 cent piece. But washers cost 14 cents, so they hadn’t done their sums.’

Parking meters originated in Oklahoma in 1935, in response to retailers reporting poor sales when people parked outside their stores all day.

Hobart was the first Australian city to introduce parking meters in 1955, closely followed by Melbourne the next year, just before the Olympic Games.

Over the years, Alan’s job kept evolving as parking meter mechanisms changed from something similar to a clock or a watch, to more sophisticated electronic versions.

‘The new meters are very clever. They are the Rolls-Royce of ticket machines,’ Alan said.

On retirement, Alan was presented with a meter signed by all the guys in his workshop, which takes pride of place amid his treasure trove of parking and car memorabilia.

Look out for the next generation of multi-bay parking meters being rolled out across the municipality, featuring improved functionality such as ‘tap and go’ credit card payment and interactive touch screens.