Few treasure hunts are as intriguing as the search for an Invader mosaic in Melbourne.

In 2002 a French street artist known as Invader visited Melbourne and secretly installed 25 mosaics. The art works’ notoriety grew and, in a lucky, eleventh hour act in 2010, a mosaic fixed to a wall scheduled for demolition was cut free and saved. It became part of the City of Melbourne’s Art and Heritage collection.

The other Invader mosaics can still be found if you know where to look. It helps to follow a map that’s part of a City Gallery exhibition titled Off the Grid.

This exhibition traces Melbourne’s role as digital culture expands its influence on art. Curator Lachlan MacDowall explores the legacy of Invader in a city already known for its maverick local artists. In the 1980s, Melbourne saw an explosion of lively street art which set the scene for this exhibition.

Melbourne’s homegrown subculture was seen as unique to this city; yet it was also fuelled by American cultural influences including hip-hop music, MTV and breakdancing.

The excitement was white-hot, with celebrated artist Keith Haring arriving to paint a mural in Collingwood. After the 1980s, the vigour, colour and originality endured – and Melbourne found itself with a street art scene of world renown. Invader and Banksy would later visit, recognising Melbourne’s appetite for art.

In this exhibition, MacDowall looks at the whole form anew. He proposes a very Melbourne connection. In a city planned as a grid by Robert Hoddle in the 1830s, can we see the grid as a motif, recurring in different forms and echoing the pixels and codes of digital culture?

There’s no doubt the Hoddle grid is iconic for Melburnians. A familiar rectangle divide into blocks, stretching from the river to Flagstaff Gardens and from Spencer Street across to Spring Street.

Even as children, locals quickly learn the order of the streets – Flinders, Collins, Bourke, Lonsdale and onwards.

During the colonial settlement, the grid was imposed on the land to guide the sale of lots; ignoring the rights of the existing aboriginal communities on that land.

It was a grid with countless implications then and now. The many small laneways created in Hoddle’s grid would eventually become ‘a breeding ground for street art and the sites of many of Invader’s tile works’, MacDowall writes in the exhibition catalogue.

Off the Grid has a lively time connecting up the grid across generations, from Hoddle’s legacy to 1970s arcade games, Melbourne’s street art of the 1980s and our ongoing fascination with all things digital.

Space Invaders and other video games became digital phenomena even before Invader started leaving his mosaics in cities all over the world. The exhibition explores how Invader’s works synched not just with the grid but also the screen-based games familiar to many.

It also includes the work of five Melbourne-based artists, including the Cratemen, milk-crate sculptures that conjure art from ordinary materials.

Weaving materials through a chainlink fence and covering surfaces with rectangular paper stickers were other ways of referencing the grid.

MacDowall concludes that ‘Invader’s gifts to the city continue to quietly pulse with life. By placing his art in Melbourne, of all places, Invader activates a longer history that draws together Melbourne’s colonial streetscapes and the pixelated screens of digital culture’.

Off the Grid, a free exhibition, is at City Gallery until 14 February. 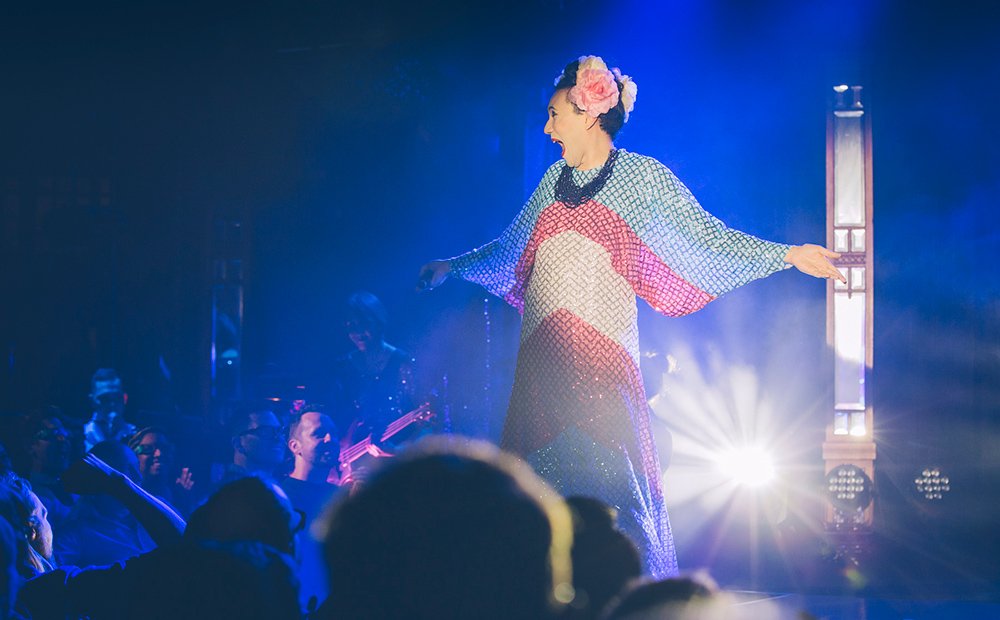 Celebrate transgender experience and ponder the dualities of life as bold new theatre, music and visual art fills the city, supported by our Annual Arts Grants. We’ve backed more than 1000 artists to push their boundaries and test ideas through 94 arts projects this...