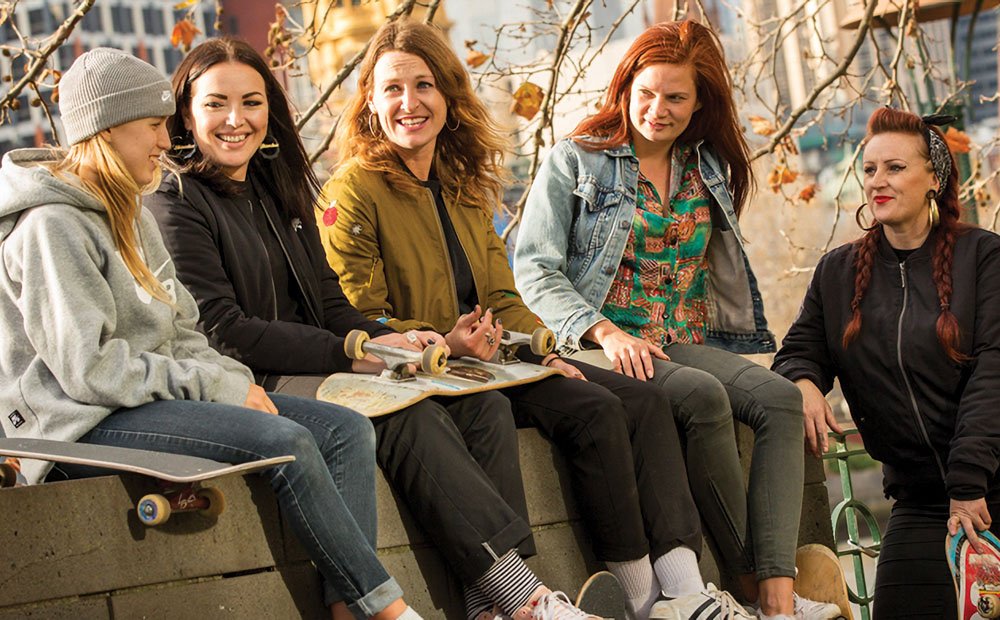 Nastassia Ting might not be who you’d expect to see in Melbourne’s skate parks, but she’s there every Saturday with a crew of like-minded ladies looking to shred.

‘Skating is awesome, whether you’re just pushing around or rocking a seamless 270 to switch feeble, it’s something everyone can benefit from,’ Nastassia said, referring to an airborne three-quarter turn followed by a slide.

‘I cannot pinpoint exactly why, but the thought genuinely never crossed my mind that I could do what the boys were doing. Perhaps it was because I just didn’t see women doing it.’

As National Operations Manager for Girls Skate Australia and a board member of the Victorian Skateboarding Association, nurturing Melbourne’s skate community is close to Nastassia’s heart.

‘Skating is inherently positive… and it provides a community unlike any other.’

After developing ‘somewhat of an obsession’ with the sport, Nastassia and a friend started a female skateboarding community called Thrusher that meets weekly in parks throughout Melbourne.

The group has grown exponentially since its inception.

‘Seeing the development in the people we skate with has driven us to foster a supportive and comfortable space for everyone on a board,’ Nastassia said.

‘The more women who become engaged in skating, the more others will be drawn in to it. Increasing the representation of women will result in more exposure at all levels, and equality at the park and at the professional level.

‘Female skateboarders are getting more exposure and support than ever – it’s so heartening to see. Skateboarding can only benefit from increased diversity, and I feel very lucky to be involved in that process in some small way.’

Nastassia believes that the combination of characters and spaces gives Melbourne a unique skate culture.

‘Skateboarding in general is so full of characters, and Melbourne is absolutely no exception,’ Nastassia said.

‘Melbourne skate communities are intrinsically tied to its spaces, so it’s really positive to see Melbourne’s Skate Plan being developed to create more spaces for this culture to thrive.

‘Everything that makes Melbourne great is reflected in its skate culture and that makes it pretty special.’

In a world where people’s lives are increasingly sedentary and isolated, the members of Thrusher are always encouraging new people to give skating a go.

‘Skating is inherently positive. It provides a unique physical outlet that isn’t necessarily as competitive as traditional sports. It’s really helped my mental health, and it provides a community unlike any other,’ Nastassia said.

‘Everyone can benefit from skating, so everyone should feel comfortable getting on board – pun intended.’

See Australia’s best female skateboarders in action on 25 November at the Riverslide Skate Park, for the annual Daughters of Doom Skate Competition.

To find out more about skating in Melbourne, visit Participate.