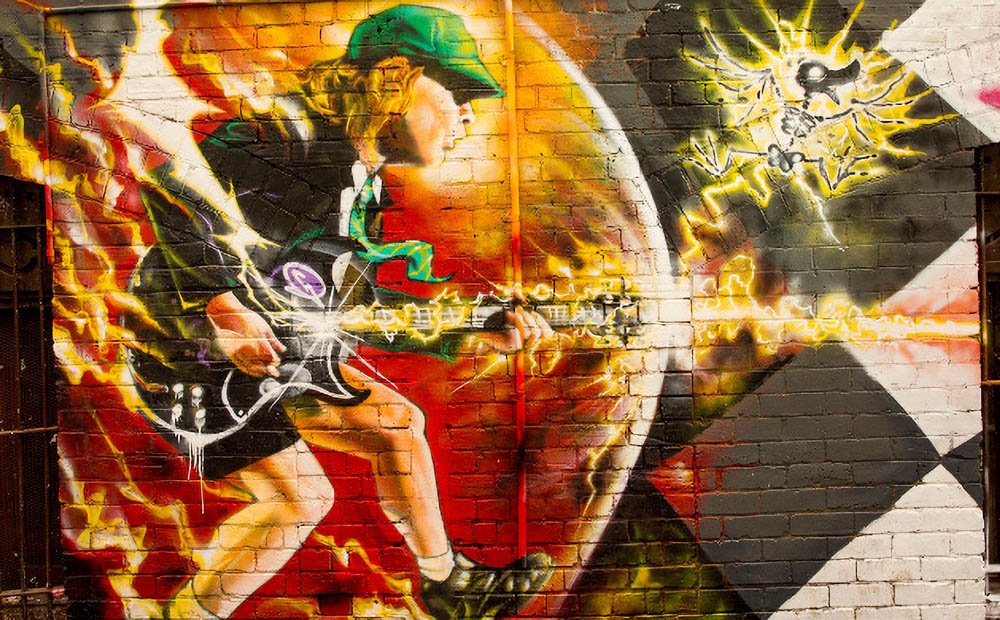 Take a walk around Melbourne to discover laneways and secret spaces full of stories about our city.

Melbourne is open and we are working hard to help reactivate the city in the wake of COVID-19. There is so much to discover, including new public art, wider footpaths, new bike lanes and outdoor dining pop-ups.

But first, how well do you know your laneways? Here are six stories to get you inspired and ready to rediscover Melbourne.

1.       AC/DC Lane
Off Flinders Lane between Russell and Exhibition streets
Snap a selfie with the sculpture of Bon Scott in the laneway named after iconic rock band AC/DC. Originally from Perth, the band members formed strong ties with Melbourne and filmed their It’s a Long Way to the Top music video on Swanston Street.

2.      Duckboard Place
Off Flinders Lane between Russell and Exhibition streets, connecting to AC/DC Lane
This laneway is named after the art-deco inspired Duckboard House, a returned serviceman’s club where soldiers would gather to drink and dance between the world wars. ‘Duckboard’ refers to a wooden walkway that was placed across muddy ground in military camps of the time.

3.       Warrior Woman Lane
Off Nicholson Street between Kay Street and Alexander Parade in Carlton
Pause to remember the late Lisa Bellear, a passionate advocate for Aboriginal rights and representation, broadcaster, photographer and poet in Warrior Woman Lane. The name of the laneway was inspired by a line from one of Lisa’s poems.

4.       Amphlett Lane
Off Little Bourke Street near Parliament Station
Charismatic Divinyls frontwoman Chrissy Amphlett is the star behind this laneway. Born in Geelong, Chrissy enjoyed great success around the world and the band was inducted into the ARIA Hall of Fame. Passionate fans created a petition to rename this laneway in Chrissy’s honour.

5.       Exploration Lane
Between Russell and Exhibition streets, between Little Lonsdale and La Trobe
Wander through a laneway named after the Exploration Hotel that stood nearby in the 1850s. Legend has it that this was the pub where Burke and Wills planned their ill-fated expedition. Today, Exploration Lane is home to apartments, hotel accommodation and a popular coffee shop.

Did you know
We are working to address gender bias in street naming. In Southbank, we have recently named two streets in honour of NGV director Dr Ursula Hoff and artist Alice Marian Ellen Bale.

For more information about interesting places to visit on foot around the city, visit Walks.