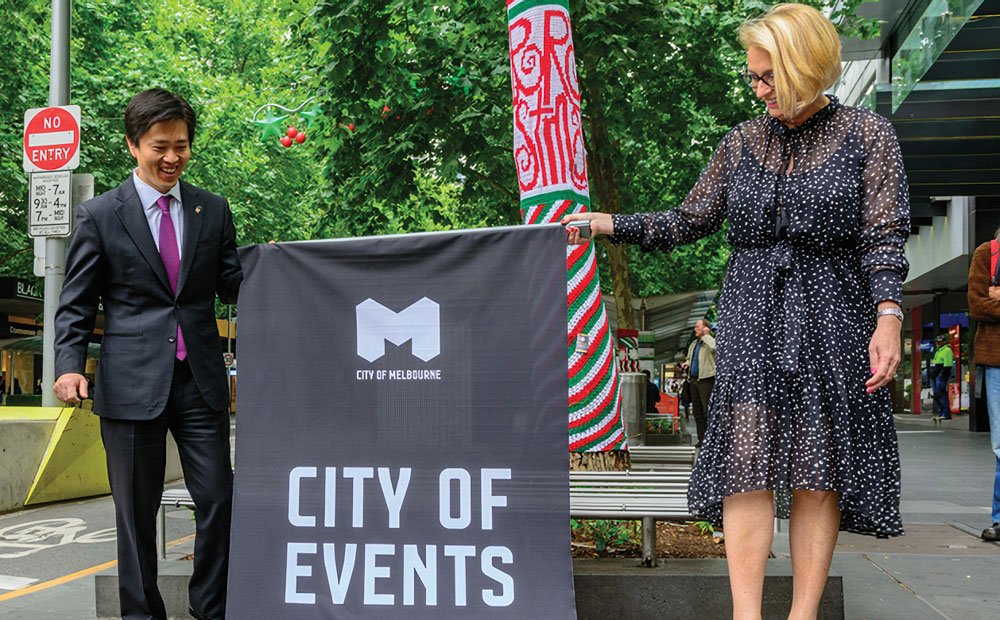 Swanston Street and Midosuji Boulevard in Osaka are officially sisters.

Lord Mayor Sally Capp recognised our first sister street late in 2018 by unveiling a paver with Osaka’s Mayor Hirofumi Yoshimura, who also received the keys to the city.

The sister street agreement is designed to facilitate the exchange of technical expertise and data to help both cities create world-leading urban spaces.

Mayor Yoshimura’s civic and business delegation travelled to Melbourne for a three-day program as part of celebrations marking 40 years of Melbourne and Osaka’s sister city relationship.

Next time you’re in Japan, look out for the sister city memorial plaque next to Osaka’s City Hall.