Healing together during Refugee Week 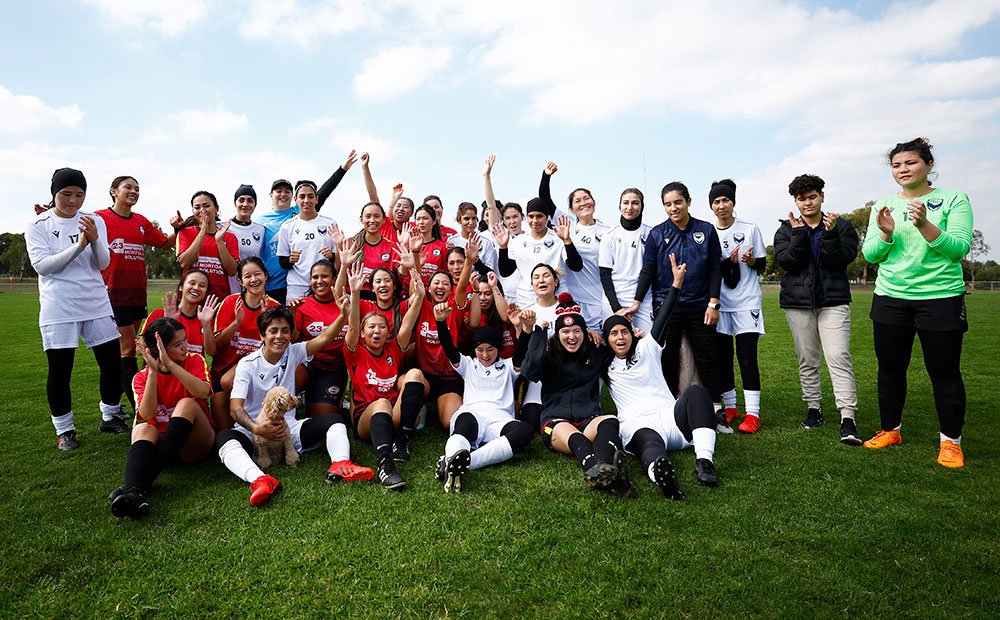 For people who are forced to flee their homelands, Melbourne can be a safe haven. A place to heal and build a new life.

After the Taliban took power in his home country last year, business graduate Jalal Ahmadzai was among 3000 or so Afghanis who found their way to the City of Melbourne.

He knew he wanted to rebuild his life in Melbourne, having attended high school here for three years while his father studied.

And he had a sense of how to start the healing process: by growing his career in Australia so he could ‘give back to his people and country as best I can’.

It would take time – and a job with supportive co-workers – to rekindle his dreams.

‘The life of a refugee is one filled with uncertainty originating from chaos. When labelled a refugee, it is a spectacle of hardship and a forced journey,’ Jalal said. He arrived in Melbourne with his parents and two siblings in August 2021. 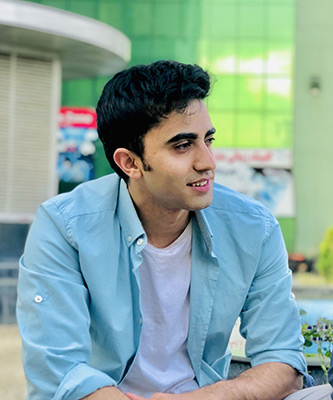 ‘Your past experiences, capabilities and outlook largely shape the days that are yet to come,’ Jalal said.

Fluent in English, Pashto and Dari, Jalal put his skills to good use as an interpreter through refugee support agency AMES Australia, as more Afghan refugees arrived.

He has since taken on a permanent role at head office in the city, as part of the Business Development team. AMES is an important partner for City of Melbourne as we help refugees adjust to life in the city.

‘It is vital to be able to heal from those experiences that forced you to leave behind friends, family and loved ones,’ Jalal said.

‘The multiculturalism and diversity in Melbourne gives almost anyone a sense of belonging, and the wonderful support that is offered really sets it apart from anywhere else in the world.’

‘I hope that one day I can roam the streets of Kabul, where I grew up. I hope that we may achieve lasting peace one day so that no family would be forced to leave Afghanistan.’

As a city, we rallied our friends and resources to support refugees like Jalal on arrival from Afghanistan last year.

City of Melbourne’s first job was to connect refugees with temporary housing across the CBD, and we teamed up with the experts at AMES Australia to make that happen.

Together we then transformed the Multicultural Hub into a central point for health services, case managers and specialist refugee nurses from cohealth.

Next we converted the Drill Hall into a distribution centre for much-needed supplies such as clothing, shoes, toiletries, baby formula and toys. Our libraries offered books for children and encouraged families to visit the pop-up library near the Multicultural Hub.

Over the next few months our Immunisation and Maternal and Child Health teams worked with Afghan refugee families to bring more than 200 children up to date with their immunisations.

After 35 girls and women from the national Afghan football program were evacuated to Australia on humanitarian visas, we created space for them to play at Ron Barassi Snr Park in Docklands. 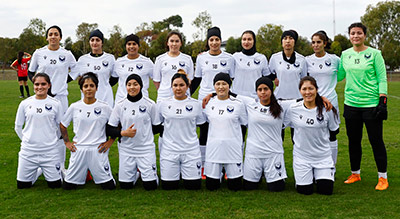 It’s all part of our plan to prioritise mental and physical wellbeing across the city, and abundant opportunities for everyone, including those who seek new futures here.

As luck would have it, the new playground at Lincoln Square in Carlton opened a week before refugees began arriving from Afghanistan. Many new arrivals were housed nearby.

Families quickly began to gather at the playground to relax at the picnic tables and share information about where to find support in the city.

All the while, their children played and made new friends in dappled shade amid the Moreton Bay figs. 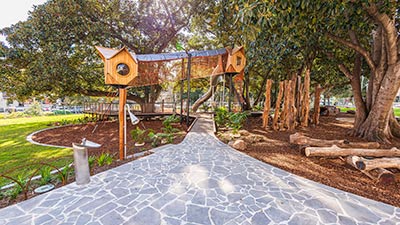 As new communities are forged, we are ready to support them.

Applications are now open for Connected Communities grants for events, organisations, projects and initiatives that foster relationships and bright futures in the City of Melbourne in 2023.

Teaching people how to swim

Learning to swim might not seem like an immediate priority to people arriving from a landlocked country, but we know how important water safety is for those who make their home in Australia.

People born outside Australia are twice as likely to drown in our waterways as people born in Australia, according to Life Saving Victoria’s Ramzi Hussaini.

So City Baths hosted water education and swimming lessons for around 120 refugee families in January. Ramzi was one of the instructors.

‘Water safety programs like this will equip these migrants with lifesaving skills and most importantly it will make them “sink proof”.’ 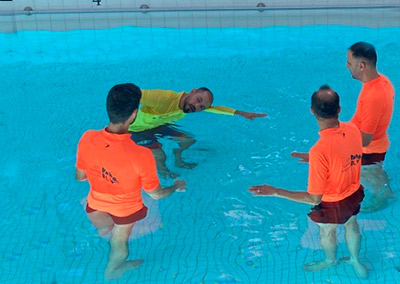 A women’s only swimming class for refugee women now runs at City Baths, while male refugees have joined our weekly group lessons, funded in partnership between City of Melbourne and Life Saving Victoria.

To bring refugee stories to the wider community, we recently granted $14,000 in funding to the Refugee Council of Australia for its Face-to-Face Speakers Bureau.

The program raises awareness and addresses negative perceptions about refugees. Each speaker is guided through effective storytelling, collaborating, planning for various audiences, rehearsing and self-care. This is followed by ongoing mentoring.

A place to heal

Melbourne is home to people from more than 200 countries, speaking 230 languages and dialects, and practicing 120 faiths.

As a city we uphold the values of our community. Care, inclusion and diversity. Our city is better off when everyone’s voice is heard and included.

That’s why we’ve recently adopted a 10-year Inclusive Melbourne Strategy, which will ensure that every Melburnian can contribute to our community, and thrive.

Refugee Week is an opportunity to celebrate this particular vibrancy that our wonderful refugee and migrant communities continue to contribute.

Because no matter where you come from, or where you have started in life, Melbourne must be a place where everyone feels that they can belong, and achieve great possibilities.