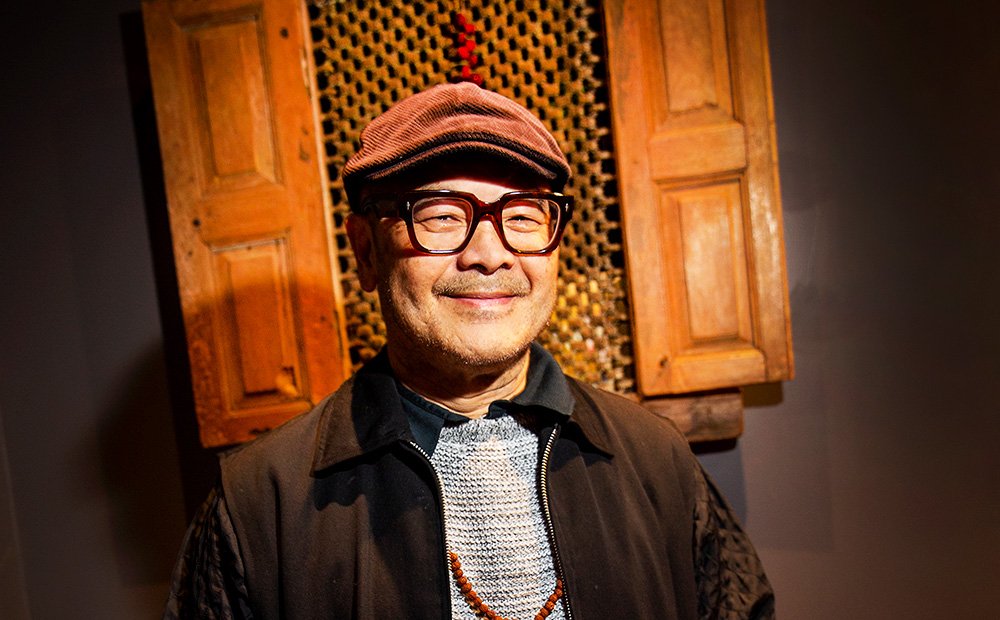 While most restaurants offer vegetarian options these days, Shakahari was serving up ethical cuisine before it was hip.

After nearly 50 years feeding the community with thoughtful fare, the ground-breaking Carlton restaurant has been recognised in this year’s Lord Mayor’s Commendations.

For Beh Kim Un, owner of Shakahari, it wasn’t always about flower power.

‘I actually started out as an industrial chemist,’ Kim said.

‘But back in those days you lived for what you believed in and, when I started understanding the impact of these chemicals on our environment, I stepped away.’

In a sliding-doors moment, Kim booked a one-way ticket out of Australia and travelled around Europe, Africa and Asia for a year picking up recipes and flavours as he went.

‘My family comes from a restaurant background back in Penang, Malaysia,’ Kim said.

‘People line up around the corner for my mother’s food, so I’ve always had an interest in cooking.’

When he landed back in Melbourne in 1977, Kim was drawn to the bohemian spirit of Lygon Street.

‘I remember it had a really beautiful creative culture,’ Kim said.

‘At that time Shakahari was run by a yoga collective, almost like a community centre that preached Eastern philosophy and ran mediation groups.

‘The place was decorated with hessian bags that were stapled to the walls and everything was painted in earthy colours.

‘I remember there was a poster that said: “If you destroy nature, you destroy the world”.

‘I walked in and thought, this is me. I asked if there were any jobs going and they said they needed a dish washer.’

Kim put in the hard yards, washing pots, pans and dishes from 7am to midnight until he was one day asked to fill in in the kitchen.

‘They came and asked me whether I could cook and I told them about my mum,’ Kim said.

‘There was no looking back after that.’

Kim wasn’t strictly vegetarian back then, but he understood herbs and spices and had a good handle on international cuisine, the likes of which hadn’t been seen in Melbourne yet.

‘I remember serving up some Japanese dishes and people looking at me wide-eyed. They’d never experienced Japanese cuisine before.’

In 1980, Kim took up the role as owner of Shakahari and has steered the flagship restaurant from strength to strength, including opening a sister restaurant in South Melbourne in 2012.

‘This is never something I set out to do, but the stars aligned and I just kept saying “yes”,’ Kim said.

Kim credits the restaurant’s success to being experimental and adding an element of creativity to the dishes.

‘I think a lot of people conflate vegetarianism with salads, but you never get plain salads here.’

‘It’s all about well-balanced nutritionally sustaining and health-promoting dishes with a colourful mix of protein, carbohydrates, vitamin and fibre.

‘For example, we were one of the first restaurants to use protein-rich quinoa and hemp seeds in the 80s, before these were household items you could buy at the supermarket.’

When asked about the impact of COVID-19 pandemic, Kim is philosophical.

‘It has been really stressful, but as long as my people were okay and our 40-year-old pot plants in the courtyard were watered, there wasn’t much else we could control,’ Kim said.

‘Many of the people I started working with in the 70s are still here – we are more than a business, we are a family, a community.’

‘I hope Carlton can continue to thrive, that we can bring back that emphasis on arts – theatre, galleries, handicrafts and specialist businesses in the neighbourhood.

‘This award is certainly encouraging – it recognises the ongoing necessity for small, innovative businesses to maintain the unique character of Carlton.’