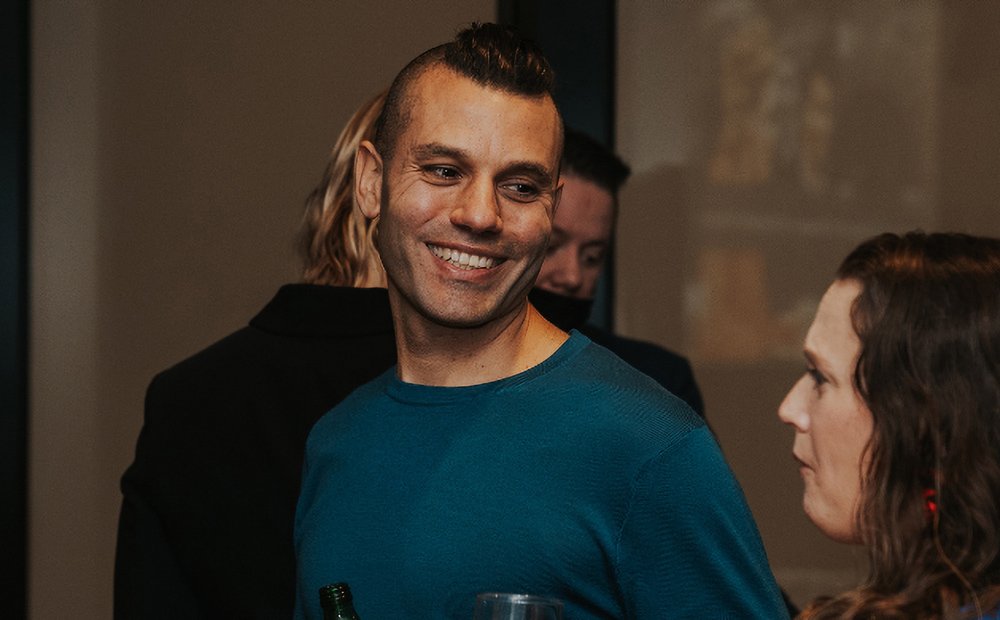 Recharge under a 14-metre robotic flower and play games to get rewards at local businesses thanks to our Open Innovation Competition winners.

We invited some of Melbourne’s brightest minds to showcase their creative ideas for how to reactivate and reimagine the city at our recent Open Innovation Competition pitch night.

The winning teams will receive funding and support to help them realise their ideas, including Helios, a giant solar-tracking, power-generating robotic flower modelled on an endangered native sun orchid.

Created by Callan Morgan and his team from Pelican Studios and Make Mob, Helios will be positioned in public spaces to offer free WiFi and green power for personal devices, electric bicycles, electric wheelchairs and more.

‘We designed Helios to demonstrate how renewable energy and solar energy can be incorporated into art and architecture in innovative ways, and also create unique meeting places for the community,’ Callan said.

‘Our first project was a giant robotic bee called UKI (or utility kinetic insect), which was featured at Melbourne Knowledge Week and White Night. The relationship of the bee recharging from the flower inspired Helios.’

Callan began his unique career with a company that engineered circus equipment and soon progressed into making interactive installations and large-scale public art. He now works out of a large warehouse in Coburg.

‘My work sits on the cusp on innovation and art and we’re always pushing the envelope, applying new technologies and new ways of thinking to achieve of ambitious projects,’ Callan said.

‘Our goal is to make multiple flowers inspired by native plants that could be permanent fixtures in public spaces in smart cities. Then all the plants could “talk” to each other through a sort of digital mycelium network.

‘A big motivation for us is tapping into the younger generation and inspiring them, and that’s why the Open innovation Competition is great: it teaches you how to prototype and get an idea off the ground.’

Local immersive technology studio Phoria is also working on an app that will use virtual and augmented reality to show people how sections of Helios were machined, and which industries use these technologies.

Once Helios is completed, look out for it in the forecourt of Museums Victoria and on tour across Victoria. 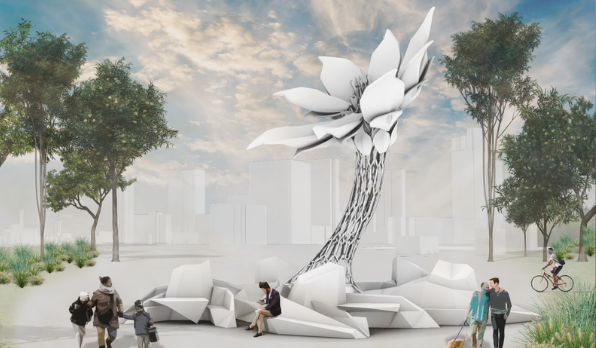 An image from the Helios pitch presentation

A team of online gamers is behind another of the winning ideas pitched in the Open Innovation Competition.

App concept WADOO (short for ‘what to do’) will use augmented reality and real-time data to encourage people to rediscover a gamified Melbourne. The concept won an impressive seven prizes at the pitch night.

‘Like many people, we’ve grown up loving games. When COVID came along, we found that the best way for us to socialise during the pandemic was through online games,’ said Jeddi Kyne from WADOO.

‘Our team met through playing Animal Crossing over Discord, an online voice channel platform. And being stuck at home for most of last year often led to us asking each other “what to do?”’

‘When we brainstormed on the Open Innovation Competition problem statement, we instinctively thought: “How can we use games to bring people back to the city and help them know what is happening around them?”’

Jeddi and his team are excited to have secured the support and networks to make WADOO a reality.

‘It’s not every day your local city extends an open invite to encourage innovation from the general public. So when we saw this opportunity, we were excited to participate and help out the city we call home,’ Jeddi said.

‘After finding out we were finalists, the support and resources that were made available to us in the form of workshops, mentoring, and networking helped us put together a pitch on our solution that we are proud of.

‘We’re really honoured to be the recipients of the prizes from the pitch night and are extremely grateful to the partners and sponsors for recognising WADOO’s potential. We were definitely not expecting so much love!’

Look out for WADOO in the app store in the near future, or follow the team on Instagram (@wadooapp) to keep updated on their progress. 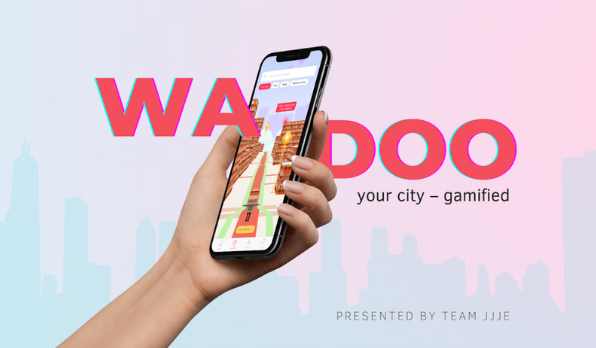 A slide from the WADOO pitch presentation

We offer a number of prizes from international partners through the Open Innovation Competition to encourage winners to ‘think globally’ about how solutions can be adapted and scaled across the world.

For example, WADOO won a place in the 16-week NCubation Business Launchpad Program delivered by 11th Space, a company that runs business hubs and co-working spaces in Jakarta and Melbourne.

By working with international partners, we aim to promote engagement between startup ecosystems in Melbourne and around the world, especially in Southeast Asia.

These projects are just a small sample of the inspirational ideas shared in this year’s Open Innovation Competition. To find out more, visit Community of Ideas 2021,

Do you have a big idea? The Open Innovation Competition is just one of the ways we support the vast creativity, innovation and expertise of our community. Learn more at Startups and innovation.