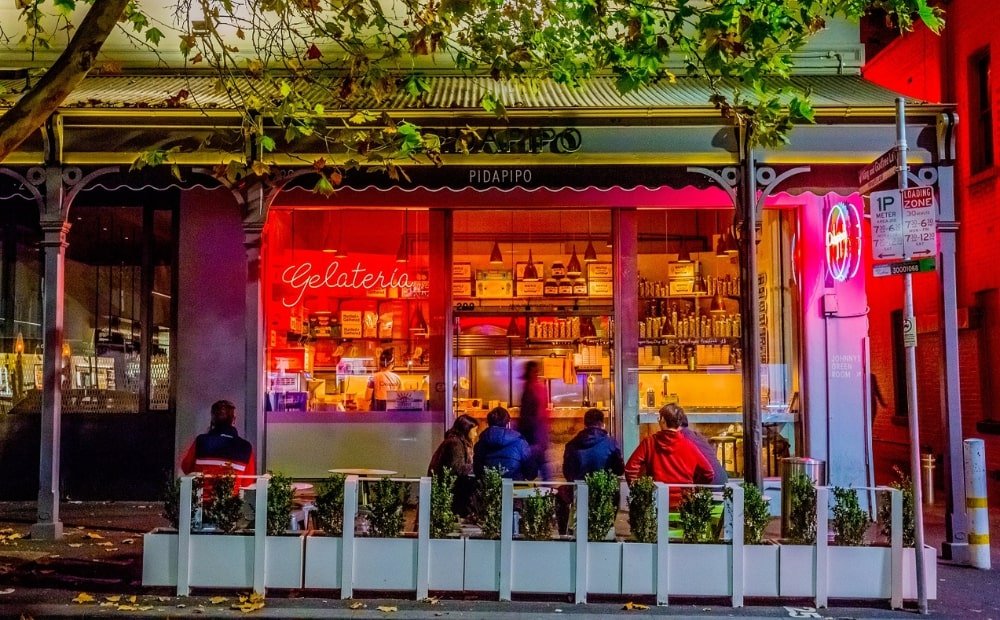 Head to the city after dark to enjoy world-class dining, shopping and events amid a thriving night-time economy.

The Council of Capital City Lord Mayors has released new night-time economy data that highlights the changing rhythm of our city.

Our bars, nightclubs, restaurants and entertainment businesses contributed more than 3.3 billion to the local economy and supported more than 31,000 jobs in 2020–21.

Despite the significant impacts of COVID-19, this was a 15 per cent increase since June 2019.

‘We’re doing everything we can to support our twilight traders – making sure Melbourne remains Australia’s most liveable city and our local economy continues to thrive,’ Cr Reece said.

‘We’ve introduced a range of initiatives to reignite our night-time economy post-COVID.

‘From our Night-Time Economy Advisory Committee to the hugely popular Melbourne Money dining scheme, to our outdoor dining program and Business Concierge service – it’s clear our efforts are having a significant impact during Melbourne’s sustained bounce back.’

Our key dining and entertainment precincts continue to lead the charge in our city’s revival.

Overall visitor spending across the day and night also increased.

‘Between May and June, visitor spending surpassed pre-pandemic levels by five per cent, totalling more than $832 million.’

Night-time economy data from the Council of Capital City Lord Mayors shows the following for 2021-22:

– Melbourne gained 51 entertainment establishments (an increase of 9 per cent), 33 creative and performing arts activities, and 14 sports and physical recreation activities

– when compared to the rest of Australia, Melbourne’s night-time economy makes up a higher-than-average proportion of its total employment – 10 per cent compared to 8 per cent nationally

How we support city businesses

We established our inaugural Night-time Economy Advisory Committee – a group of industry experts working to enhance Melbourne’s resurgence after dark – in June 2021.

In May 2022, Council voted to extend the committee for a further 12 months.

The hugely popular Melbourne Money dining scheme pumped almost $100 million back into the city’s economy across three rounds in 2021 and 2022.

More than 850,000 claims were made and 160,000 people who made use of the scheme also engaged in other activities, such as shopping and attending sporting events while in the city.

Since 2020, Council has absorbed more than $2 million in outdoor dining permit fees to support more than 1500 hospitality venues to allow customers to dine outdoors in parklets and on footpaths.

Council is about to consider extending discounts and sustained support for businesses to trade outdoors.

Our Business Concierge service continues to provide recovery and specialised support, start-up advice and mentoring at no cost to more than 15,000 businesses.

We have invested a record $33.7 million in our Budget 2022–23 to grow Melbourne’s events, culture and creative program, to create jobs and entice more people into the city.

To find out more about doing business in Melbourne, visit Business.

Or head to What’s On Melbourne to discover world-class dining, retail and entertainment experiences across the city.