Equity and belonging, Health and wellbeing, Recreation and open space 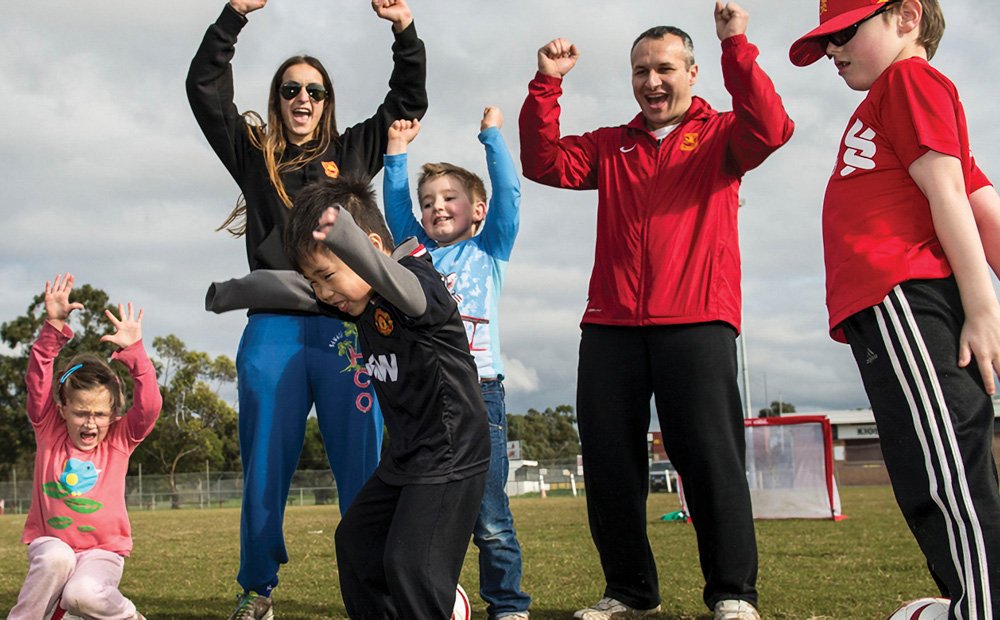 The new multipurpose sports court, built by the City of Melbourne, accommodates players with the highest level of vision impairment, and also provides for a variety of other sports including basketball, futsal and netball.

A new community picnic area, public exercise equipment and landscaping were also installed as part of the works, the final components of improvements identified in the North Melbourne Recreation Reserve Landscape Concept Plan.

Maurice Gleeson OAM, President of Blind Sports and Recreation Victoria, said blind soccer has increased in popularity in recent years and the City of Melbourne is leading the way in making the game more accessible.

‘Having this new facility can only enhance the sport, as we now have somewhere permanent to play.’

‘This is a wonderful development, because the real challenge of conducting any sporting activity for people who are blind or vision impaired is the importance of having a permanent and accessible venue close to public transport,’ Maurice said.

‘As we aim to be a better and more inclusive community, we have to invest in these types of resources to facilitate fully accessible and meaningful opportunities for people who are still somewhat a marginalised group.

‘Having this new facility can only enhance the sport, as we now have somewhere permanent to play. Hopefully then in the next few years, with more and more people actively involved, the game will flourish.

‘Some players might even go on to represent their country internationally. These are opportunities that were previously unheard of, so it’s a very exciting time.’

To find out more about local sports and recreation, visit Active Melbourne.

WHAT IS BLIND SOCCER?

B1 blind soccer, or blind football as it is also known, is played with an audible ball that makes a rattling noise to allow players to locate it by sound.

The outfield players wear eye-shades to equal their sight, but the goalkeeper can be fully or partially sighted.

It is played outdoors by vision impaired athletes on a 40 metre by 20 metre pitch with side kickboards. There are two teams of five, including four outfield players and a goalkeeper.