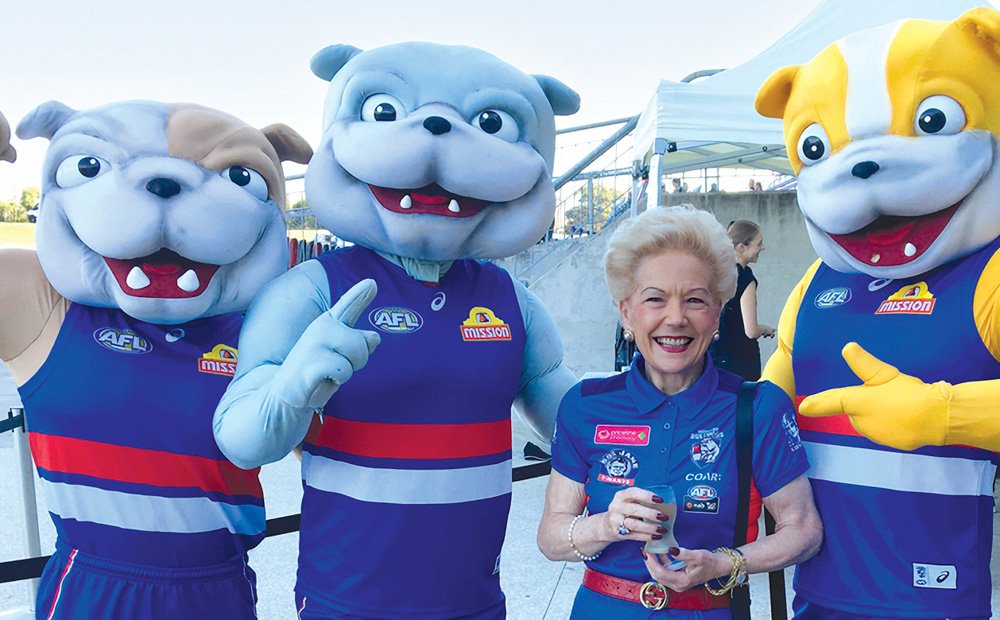 Passionate diabetes crusader and proud ‘footy lady’ Susan Alberti AC has been named Melburnian of the Year for 2017.

From powerhouse business woman in the construction industry to Vice President of her beloved Western Bulldogs, Susan’s successes have been vibrant and numerous. However, her biggest dream is still to come.

‘I have had three big wishes in life: to see my team win a premiership, to help establish a women’s football league and to find a cure for type 1 diabetes. I’m still working on the last one,’ Susan said.

Through her foundation, Susan has so far raised $100 million for medical research, inspired by a pledge made to her daughter Danielle, who died in her arms mid-flight due to complications from diabetes.

Despite the tragedies she has faced, including her own battle with lymphoma, Susan’s passion and positivity endure. And her reaction to being named Melburnian of the Year was a humble ‘why me?’.

‘I am proud to be a girl from Melbourne, so I am honoured to be included in the Melbourne Awards,’ Susan said.

‘I love the city’s arts, culture and sport – but I don’t think many people realise that our medical research is also some of the best in the world.

‘Every day I am grateful to be in this town. Not least because without the incredible medical research, doctors and staff here in Melbourne, I wouldn’t be alive.

‘These experiences make you re-evaluate your life. We have a lot to be thankful for.’

Beyond her tireless efforts towards a cure for diabetes, Susan is also a strong advocate for preventative health and wellbeing across our community, particularly in relation to dementia and childhood obesity.

‘I would like to see children getting off the couch and being fitter, healthier and more active,’ Susan said.

‘Every day I am grateful to be in this town.’

‘Playing team sports can help people throughout their lives, including in business.

‘I also want to see more young people, especially girls, believing in their dreams. They need support and we need to create a level playing field for everybody.’

This year’s winners include organisations celebrating Indigenous culture and sharing the stories of refugees, to one that has created 600 worm farms. Discover their inspiring stories at Melbourne Awards.

Contribution to Profile by a Corporation
The Mulberry Group

Contribution to Community by a Community
Tanderrum by Ibijerri Theatre Company

Contribution to Environmental Sustainability by a Corporation
Wormlovers Pty Ltd

Contribution to Multiculturalism by a Community
They Cannot Take the Sky exhibition, Behind the Wire and Immigration Museum