Melburnian of the Year: Bryan Lipmann AM 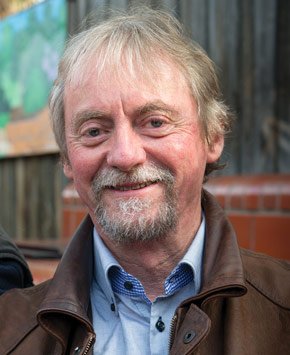 Christmas is traditionally a time when people think about those less fortunate than themselves. For the 2015 Melburnian of the Year, looking after life’s ‘battlers’ has been a top priority for more than 30 years.

Bryan Lipmann AM, was on work experience at a homeless shelter in the 1980s when he realised there had to be a better way to look out for vulnerable elderly people in our community.

In 1989, Bryan founded a new welfare service and named it after ‘Tiny’ Wintringham, a larger-than-life former resident of the now defunct Gordon House lodgings on Little Bourke Street. When the building was sold and its residents evicted, Tiny spoke up and ensured that their basic needs for housing were not forgotten. The story embodies the spirit of Wintringham Specialist Aged Care. ‘What does an elderly person need if they don’t have family, money, accommodation and health?’ asked Bryan. ‘They need the terror taken out of their lives.’ Bryan’s vision for aged care extended well beyond the ‘hothouses of disadvantage’ he encountered in the 1980s. He wanted affordable, high quality, secular accommodation for men and women aged 50 years and over.

A Melbourne boy with an economics degree from the University of Melbourne, Bryan took an unusual path after graduating and spent much of his 20s and early 30s travelling through outback Australia. He worked variously as a slaughterman, a shearer and a jackaroo, mixing with the rough and ready characters who populated the bush at the time.

‘The boy that left Melbourne could not have started up Wintringham,’ he said, describing the idea as ‘homegrown’, and not copied or borrowed from elsewhere. His innovative and successful model was recognised by the United Nations with a Scroll of Honour in 2011, making it the first Australian organisation and the first aged care provider to take the title.

The model appealed to Wintringham resident Alan Leithhead (pictured), who is all too familiar with cycles of disadvantage. Alan was living in a hostel in 2010 when he was invited to look at Wintringham’s Eunice Seddon home. ‘I was impressed with the whole facility, it was rather brilliant and it wanted me to move in. A week later I moved in,’ he said.

Today the not-for-profit public company is the largest provider of services to the elderly homeless in Australia. It has facilities in the central city, Flemington, Kensington and throughout the suburbs, employs more than 600 people and houses or cares for up to 1700 people every night.

‘It’s worked and survived because it’s a well-run business,’ said Bryan. ‘The thing I’m really proud of is that you can run a social justice company and be viable.’