Love all in Parkville 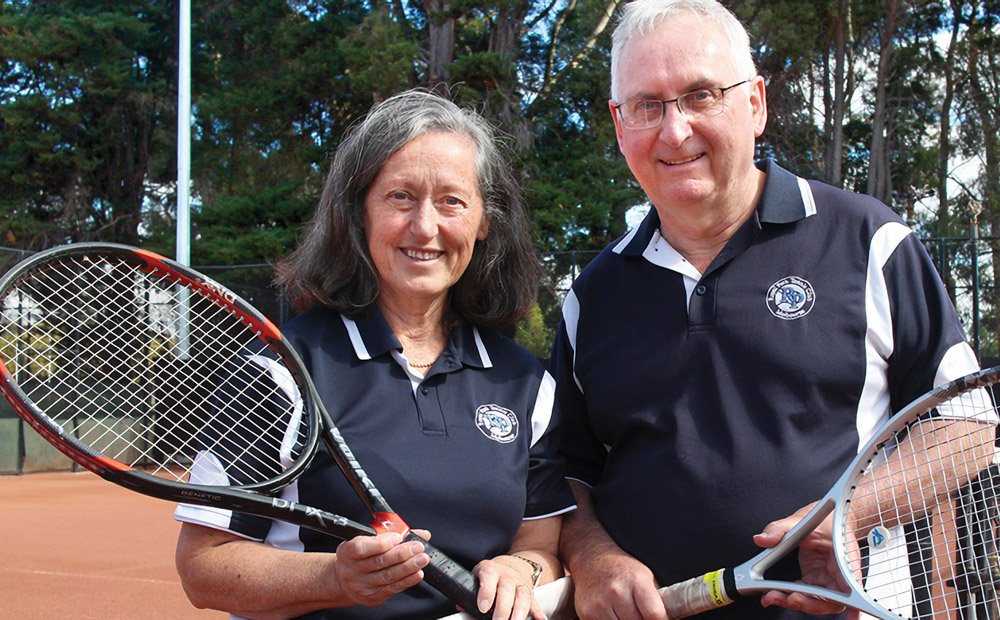 Book a court and find a welcoming community amid the historic, leafy surrounds of the Royal Park Tennis Club this winter. Who knows, you might even find true love.

Betty Wohlers and Kevin Walsh had played tennis at neighbouring Parkville clubs for many years but never met until the two clubs amalgamated in 1992.

The groups celebrated the merge with a progressive dinner held across the new Royal Park Tennis Club’s three clubhouses. Betty and Kevin’s eyes met over the entrée, and the rest is history.

The couple married on a Saturday afternoon in 1995, and so many of the wedding guests were from their ‘tennis family’ that the club found it difficult to fill teams that day.

Betty and Kevin joke that the secret to their happy marriage is not playing against each other too often.

‘We’re not the only couple to have met at the club. It was fabulously social. We had lots of functions and Christmas parties. They were great days,’ Betty said.

‘Today, the facility has never been more beautiful and never more accessible for people with prams and wheelchairs. It’s such a welcoming place.’

Betty and Kevin’s daughter Natalie grew up around the club and now works there herself.

They are all keen to welcome new players of all ages, genders and abilities, be they locals, international students or tennis-loving tourists.

‘Coming here is a very cheap way to keep  fit and meet new people. We have a newly-renovated clubhouse with a great deck and bar, and floodlights for night matches,’ Kevin said.

‘If you’re a beginner, or haven’t played tennis for a while, you can even book a couple of lessons with one of our coaches to brush up on your skills.’

For more information about keeping fit in our city, visit Recreation.