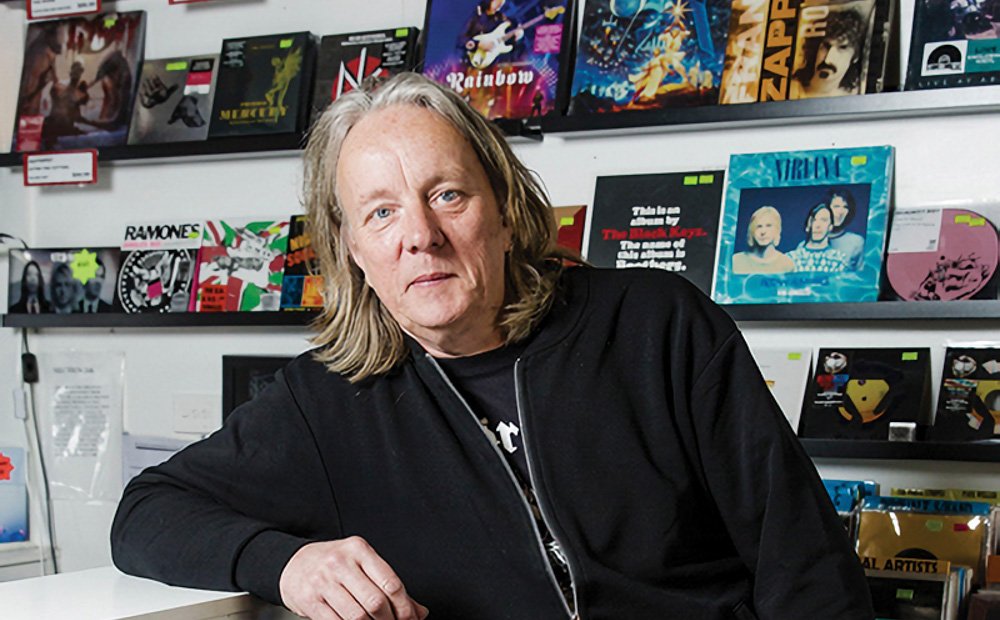 One man’s passion for vinyl has made Heartland Records in North Melbourne a music-lovers’ haven for more than 25 years.

Paul Cook was once a chef with a record-collecting habit. After being retrenched, he decided to pursue his love of music full-time and opened a record store with a friend in 1992.

‘We started from scratch after going to look at an office and finding an empty store in Peel Street opposite Queen Victoria Market,’ Paul said.

‘Heartland remained at that location for 20 years before relocating to our current location in Victoria Street, North Melbourne.’

After a year, Paul’s friend decided the business wasn’t for him and Paul has remained the sole owner ever since.

Heartland Records stocks an extensive range of genres, spanning new release and deep back catalogue titles. Paul and his staff are always on hand for a chat.

‘We try to go the extra mile for people and, as a collector myself, I have some understanding of what people expect from a record store,’ Paul said.

‘It’s difficult to cover so many genres but we do a pretty good job so you are likely to always find something.’

Despite the explosion of digital music downloads, records are growing in popularity.

‘Vinyl sales are bigger than ever right now and still going up. Not sure how long this will continue but it’s a good thing regardless,’ Paul said.

‘I think there will be a rise in limited edition pressings in the future once the record companies have finished re-pressing everything and need new ideas.’

After many years in business, Paul attributes his success to hard work, constant improvement and a stubborn refusal to ever give up.

‘As a collector myself, I have some understanding of what people expect from a record store.’

‘I have always had good people around me – which is a big help – and a certain amount of good luck, too. But hey, you make your own luck really,’ Paul said.

‘If you are thinking of starting out on your own then believe in yourself and your idea but also listen to other people as you can learn a lot, and perhaps save yourself a lot of anguish too.’

Paul was recently honoured in the Lord Mayor’s Commendations, which celebrate the long-term commitment of small business proprietors.