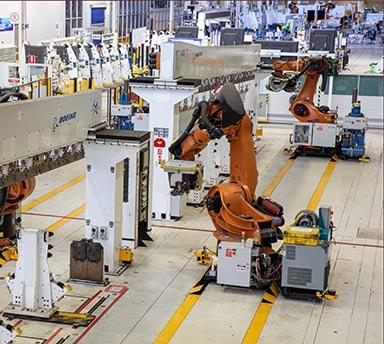 Next time you’re on a flight, gaze out the window and know that you’re most likely winging your way to your destination with the help of home-grown innovation.

Deep in the industrial heartland at Fishermans Bend, engineers and mechanics at Boeing are crafting high-tech wing and flight control components for the global fleet.

‘It’s a key innovation we’re taking the lead on in Victoria.’

Fishermans Bend is the only place in Australia that designs, builds and manufactures these components. Right here in the City of Melbourne.

Boeing’s 95-year history in Melbourne is tied to flight itself, according to Mick.

‘Our legacy companies first began manufacturing aircraft in Melbourne in 1927,’ he said.

Once the planes were built, they would roll off the production line and onto the onsite runway, then take to the skies and join the war effort. 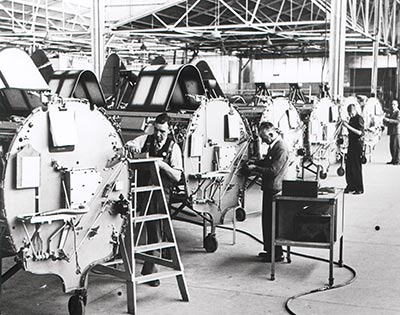 Fast forward to 2022, and 800 specialised workers are based at Boeing in Fishermans Bend, including engineers, researchers and aerospace technicians.

‘Now, our people are using innovative manufacturing processes to develop critical parts for the 737, 777 and 787 along with the Airpower Teaming System – which is the first military combat aircraft to be designed and built in Australia in more than 50 years,’ Mick said.

The recipe for Boeing’s Melbourne success is the co-location of its engineering, manufacturing and research and development centre.

Boeing is also eager to attract and support women into non-traditional trades, with a four-year female apprenticeship program announced in 2021.

With a long history and a bright future in the area, Boeing is plugged into the local economy. That’s good for the city as well as the country.

‘It’s a joint effort to strengthen the STEM talent pipeline for the next generation of aerospace engineers.’ 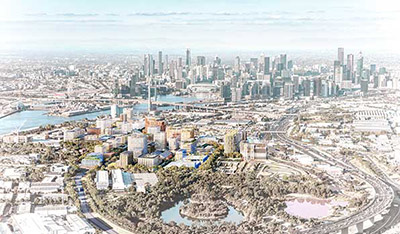 Boeing will soon be joined in Fishermans Bend by other high-tech global companies.

Fishermans Bend is part of Australia’s largest urban renewal project. This includes the National Employment and Innovation Cluster and a specialised innovation precinct within that.

We are advocating for the Victorian Government to build Fishermans Bend precinct tram connections, complete a business case for the Melbourne Metro 2 rail tunnel, and protect the land required to construct it.

In the next decade, Melbourne is set to generate a $150 billion in Gross Local Product, support 600,000 jobs and become the nation’s most populated city.

The team at Invest Melbourne is on hand to help innovative enterprises and business owners harness this growth.

We’re a city of yes, stepping out of your way, cutting red tape and taking our permits system online to make it easier for you to get on with the job.

Melbourne is the driving force of the state and nation’s economy, a heartland for headquarters, knowledge, talent, liveability and success.