How to bring out the best in people 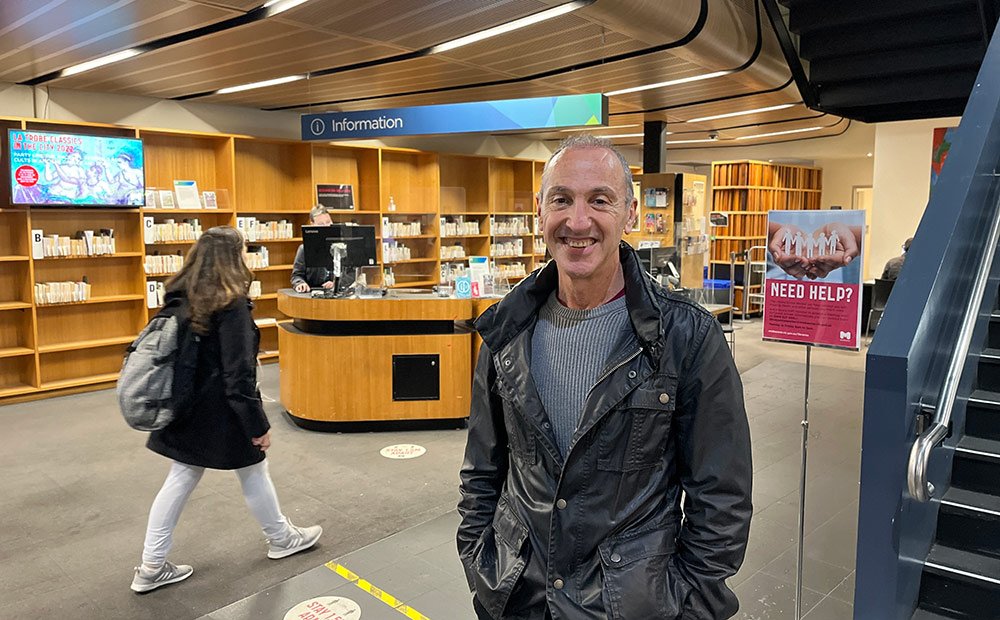 On International Volunteers Day, meet one of the friendly volunteers who shares their time with the city.

Jack Migdalek knows a thing or two about how to make a conversation sparkle.

After eight years of volunteering with a weekly English Conversation Club, the former teacher doesn’t let anything get in the way of the conversation.

‘Although I did speak up when someone introduced themselves as a barrister, but after some further conversation it turned out they were a barista,’ Jack said.

‘It was an easy mistake to make, and an instance where correction was valuable. It was charming and sweet, and very funny, and we had a laugh together.’

Every week, Jack welcomes up to 10 people to the club for an hour of finessing their English.

Together, they chat about the weather, or a recent walk along the river. Or share how it’s different applying for jobs in Peru, or Taiwan. They swap tips for a great night’s sleep and kids’ birthday parties.

‘You have to choose the people you offer feedback to, so you don’t knock their confidence, but then they are grateful when you offer tips that will help in future interactions,’ Jack said.

Since City of Melbourne Libraries’ English Conversation Club began in 2013, it has attracted about 2000 people a year to sit together with a volunteer in our libraries – and online through the pandemic. Over time, the club has welcomed people of 74 nationalities.

‘It’s about listening to people, giving them a chance to speak. And there are many different cultures. Some members are shy, and at times you have to draw them out,’ he said.

‘You can sense this growing confidence over time. It’s lovely.’

Jack knows what it’s like to land in a foreign country and not know how to speak the language fluently. When he arrived in Japan in 1991 to work as an English-language teacher, older volunteers stepped up to help lift his conversational Japanese.

‘I really remember how grateful I was to people for taking the time to help me learn to speak Japanese. Especially the older volunteers: I think they call them “silver volunteers” and they’re highly valued. That impressed me,’ Jack said.

After an esteemed career as a performer, teacher and scholar, Jack is now semi-retired, and keeps busy by volunteering in three different roles. Luckily for us, two of those roles are with City of Melbourne.

Alongside the weekly conversation club through our libraries, Jack also greets visitors to the city at Melbourne Town Hall. And he volunteers once a week at community radio station Joy Media.

‘As I’ve slowed down my regular work, I’ve increased my volunteering. It’s really important to have a focus and stay active. I’m giving a lot, but I’m also getting a lot out of it.’

‘I wouldn’t want to volunteer at the crack of dawn, but I’ve found volunteer situations that do suit me,’ Jack said.

Are you kind and curious, keen to listen, and like a good chat? We’re calling for volunteers to host face-to-face English Conversation Clubs from early 2023. Email LibraryVolunteers@melbourne.vic.gov.au to find out more. Keen to improve your language skills? See our English learning resources.

So far this year, 700 volunteers have dedicated more than 28,000 hours to the city. This includes assisting visitors to have the best possible experience of Melbourne, helping major events to run smoothly, protecting gardens for wildlife, welcoming international students and more.

Find out how to put your hand up for these and more volunteer opportunities in the City of Melbourne.