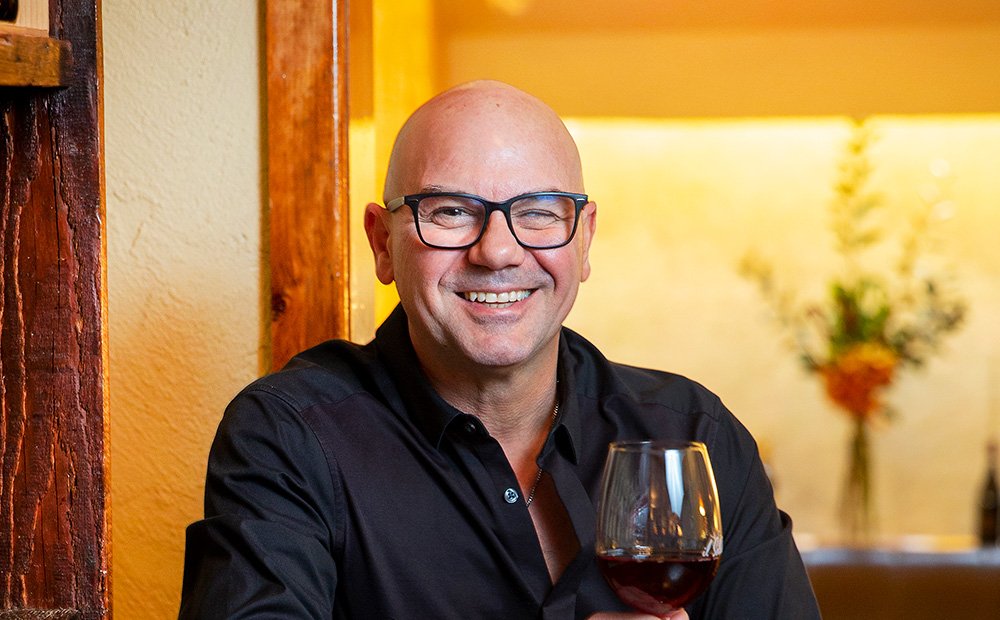 Feel instantly at home in the rustic surrounds of Il Solito Posto. Set in a sub-basement off Collins Street, the Melbourne institution offers casual cafe meals and authentic formal dining amid wine-stacked shelves.

‘Having travelled the world to many beautiful cities, returning to Melbourne always reminds me how lucky I am,’ Michael said.

‘When I was young, I lived in Reservoir and there was a little window with views of the city. My dream was to be in the Melbourne CBD.

‘When I was nine, my mum opened a ladieswear boutique in the Southern Cross Hotel on the corner of Exhibition and Bourke and this is when my true passion for the central city started.

‘When I was 24 and decided I wanted to open up a cafe, it had to be in Melbourne CBD.’

Il Solito Posto is now one of Melbourne’s beloved institutions, built in a forgotten basement, tucked down a laneway. The success of the welcoming haunt was one of the catalysts of Melbourne’s distinctive laneway culture.

Like so many of Melbourne’s businesses, Il Solito Posto has been hit hard by COVID-19.

‘The last 18 months have been the most challenging in all my time here. I was on my knees and I didn’t know if I was going to last,’ Michael said.

‘Nobody knew what was going to happen. To receive the support of my landlord, my customers, family and friends to say you’re going to be okay meant the world to me.

‘Having come through the recession in the 90s and the struggles of the global financial crisis, I strongly believe that Melbourne is a true thoroughbred and will survive. I have seen her deal with trials and tribulations and always rise to the top.’

The City of Melbourne has recognised Il Solito Posto in this year’s Lord Mayor’s Commendations, a program that celebrates the vast contributions small businesses make to our city.

‘It is quite an honour when I was the recipient of the bronze commendation, and to receive the 25-plus years commendation is a dream come true,’ Michael said.

‘It gives me validation that my passion and loyalty has provided such a substantial contribution to the Melbourne CBD.

‘It is a great initiative by the Melbourne City Council to recognise the hard work and dedication it takes to create longevity in a business and it is a huge honour to share the commendation with many well-respected businesses.

‘Hopefully one day I will be recipient of the 40-plus years commendation to really stamp my legacy in the Melbourne CBD and my children can be recipients of the generational commendation… fingers crossed!’