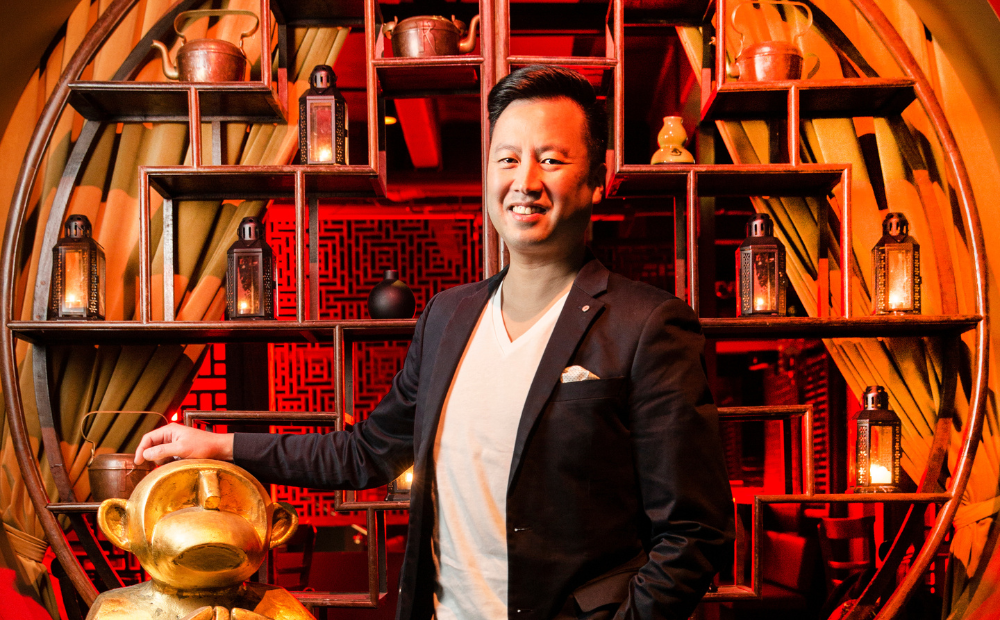 A neon sign that reads ‘Going Down Feels Good’ greets you as you mosey down a staircase to Golden Monkey.

In 2005, Chartered Accountant Adam Ong took a turn to the dark side when he decided to open Golden Monkey: part Oriental drinking den, part Shanghai nightspot.

Seventeen years later, Golden Monkey is as alive as ever, running on the zeal and vivacity of people who love showing Melburnians a good time.

Adam was charmed by Melbourne’s nightlife from an early age; bewildered by its endless opportunities for fun and new friends.

And while his routine adventures to the clubs started off as a way to break free from a busy university schedule, Adam’s love for late nights soon flourished into much more than that.

After diverging from a career in finance, Adam started an events management company running his own nightclub events.

Soon after, he turned his dream of opening his own night-time venue into a reality.

‘I’ve always loved meeting people, late nights and all the crazy stuff that goes with it – and I can say with the utmost certainty, that will never change,’ Adam said.

At the time of opening there were no Asian-themed bars in sight. And to this day, Golden Monkey is one of the very few places in Melbourne you can walk into thinking you’ve transported back in time to 1920s Shanghai.

The venue, located in the basement of 389 Lonsdale Street, is just like you would expect – filled to the brim with classical and contemporary decor, with pops of oriental furniture.

The incorporation of dark timber and lantern lighting makes for a bewitching yet charismatic setting, perfect for a night out.

‘I wanted to create something that reflected my cultural background,’ Adam said.

‘Thinking of the name, researching the theme and taking a crazy trip to Shanghai for furniture was such as an enjoyable experience.’

In the eyes of Adam, the nightclub is unlike any other.

‘There’s always been something magical about Golden Monkey – it’s like it has its own soul.’

‘I think it’s the combination of its old world looks and a welcoming team which make people instantly feel at home.’

Though, perhaps the reason why Golden Monkey has become such a Melbourne nighttime phenomenon is because of its bustling, warm and inviting culture and staff.

‘You can rest assured that if you make the trip to Golden Monkey, you’ll have an inexcusably great night out and hopefully meet new friends too.

‘Thank you to the City of Melbourne for recognising us and backing Golden Monkey and everything it seeks to do and achieve.

‘It’s a surreal feeling getting to live out your dream on a day-to-day basis.’

Open from Wednesday to Saturday, Golden Monkey operates as a bar, serving an array of Asian-inspired cocktails and bar snacks.

Each night also dishes up its own unique twist, including Shibari nights, eclectic live music and DJs.

Find Golden Monkey nestled under the brick and mortar of Lonsdale Street, accessible via Hardware Lane.