Celebrating the Victorian Father of the Year 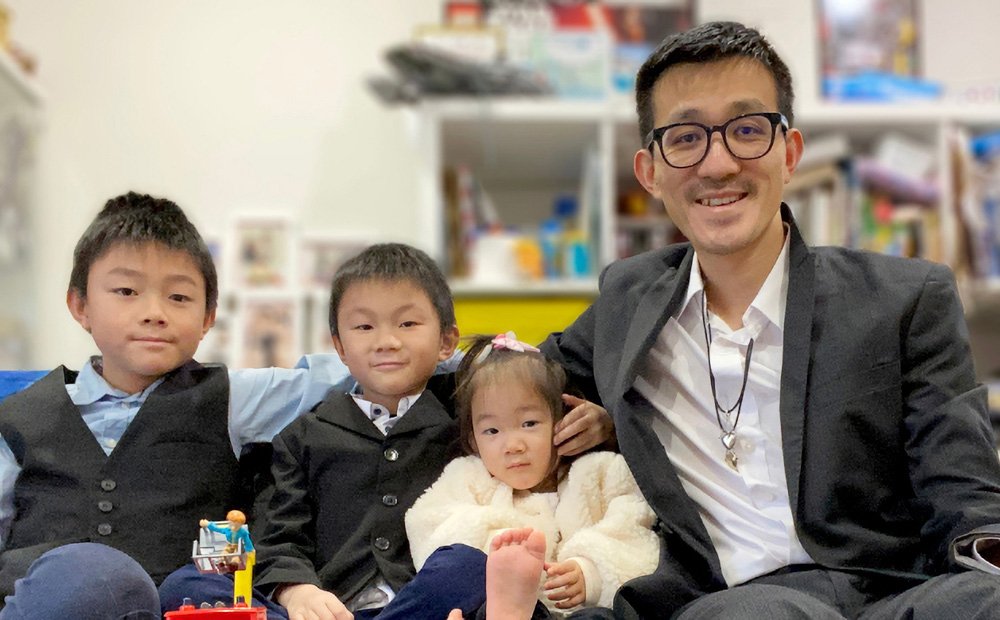 A father of three young children who has shown unwavering dedication to his family through grief and the hardships of COVID-19 has been named the 65th Victorian Father of the Year.

Sam Chew is single-handedly raising his three young kids after being widowed over two years ago.

With many incredible dads and father figures nominated this year, Sam’s story of persevering in face of adversity to ensure a bright future for his family stood out.

He was unanimously chosen as the winner of this prestigious award, which is presented by YMCA Victoria in partnership with the City of Melbourne.

Lord Mayor Sally Capp said she was honoured to celebrate such an extraordinary father.

‘Every year I am in awe of the nominees, but this year is truly inspirational.’

Sam has been the rock for his three children Jensen (9), Jeremy (5), and Nara (2), since his wife and childhood sweetheart Grace tragically passed away in 2019.

Grace was seven months pregnant with Nara when she collapsed due to preeclampsia, a condition that causes sudden high blood pressure during pregnancy.

She was rushed to hospital, where Nara was delivered by c-section and placed in intensive care while Grace was put into an induced coma. Sadly, Grace passed away two weeks later.

‘Life can sometimes be really cruel. Preeclampsia can happen so fast and is life threatening during pregnancy,’ Sam said.

‘During the two weeks in ICU it was a rollercoaster and I thank all the ICU nurses who gave me warm hugs and kind words to keep me strong.’

Sam was left as the sole carer for three young children, including a premature newborn. With no family or wider support network in Australia, Sam stepped up and did everything from night feeds, to school drop-offs and home-schooling, on top of going to work.

Ever humble and not wanting any sympathy, Sam said:

‘I’m just their dad and don’t want the kids to miss out on anything they want or need. Sometimes life can be tough, but so are we.’

‘I want to celebrate and recognise Sam’s commitment to his children as he is a man who never asks for help or shares his struggles despite having faced some of the worst experiences one can go through,’ Kashmira said.

Since 1956, the Victorian Father’s Day Council has chosen a Victorian Father of the Year, to celebrate and recognise the important role fathers and father-figures play in family life.

‘The City of Melbourne is pleased to be a long-standing supporter of the Father of the Year award. Positive role models can make a significant impact on children’s development and later life,’ the Lord Mayor said.

‘Each year when we celebrate the Father of the Year award, we’re reminded of the valuable role that parents and guardians play in helping shape the lives of young people everywhere. This is particularly important during these uncertain times.’

To find out more about Sam’s story, and other past winners, visit the Victorian Father of the Year YMCA website.