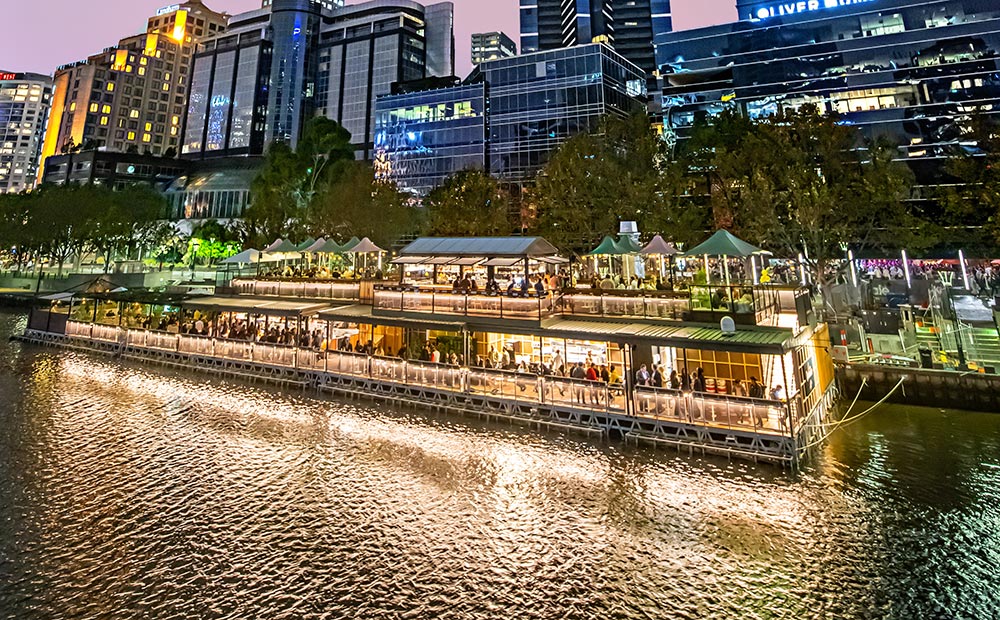 City-shaping infrastructure projects, a stellar events calendar and making the city safer and cleaner are highlights of the City of Melbourne’s draft Budget 2022–23.

The record $837.8 million investment to build city shaping projects, promote a jam-packed calendar of events, and make the city cleaner and safer will ensure the Melbourne experience is better than ever for residents, workers and visitors.

‘The City of Melbourne is the engine room of the Victorian economy so it’s imperative that we continue to invest in its momentum,’ the Lord Mayor said.

‘This draft Budget is a record $837.8 million investment to build momentum, create confidence and deliver essential services for the city and the community.

‘We’re investing to grow our economy beyond pre-pandemic levels and create a fairer, better-connected, and even more extraordinary city.’

Our draft Budget is big on delivery, job creation and investing in the city’s sustained momentum. 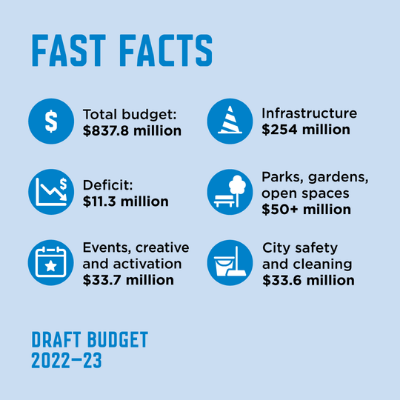 Fast facts about our draft Budget

Our draft Budget includes a record $254 million on infrastructure to build better facilities, create jobs and supercharge the economy.

Our landmark Greenline project will receive an initial $40 million to bring it to life, transforming the north bank of the Yarra River – Birrarung into a vibrant promenade. 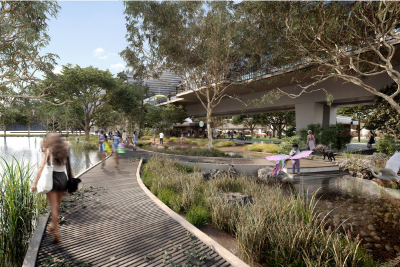 Greenline will transform the riverside

In another significant milestone for the Queen Victoria Market Precinct Renewal, we’re spending $50 million on the planned next stage of the project.

Works to restore the market’s heritage sheds will be completed within the year, along with the revamped Food Hall. Construction will begin on upgrades to the Queen Street streetscape, Northern Shed and Trader Shed, making it easier for traders to do business.

The massive infrastructure pipeline will generate up to 1,000 jobs, providing a significant economic boost for businesses across the city.

More than $8.2 million will complete the fit-out of the Munro Library and Community Hub, with the project slated for completion in 2023.

We’ve also allocated $13.7 million to repair and maintain footpaths, roads and other city infrastructure. his includes another footpath blitz, as well as new street furniture, wayfinding signage and street lighting. 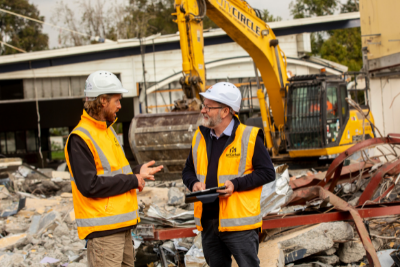 We’re planning our biggest year of events, investing a record $33.7 million in festivals, activations and creative initiatives to enliven our streets and laneways, entice visitors into the city, support local businesses and cement Melbourne as the events and cultural capital of the country.

All the fun begins in July when Firelight Festival will light up Docklands for a three-night celebration of the winter solstice – featuring a new immersive lighting display, fire installations, music, live performances and food trucks.

We’re drawing again on our constructive partnership with the State Government, to boost community festivals and initiatives, through the $200 million Melbourne City Revitalisation Fund. 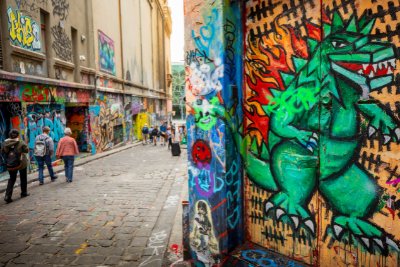 We are activating iconic laneways

We’ve listened to our residents and ratepayers, and keeping our city attractive, clean, and safe is imperative.

So, we’re doubling down on our efforts to keep the city clean, safe and free from graffiti, with a huge $33.6 million investment. That’s almost $5 million more than last year to do this.

To keep people safe and crack down on antisocial behaviour, $5.4 million will be invested into critical safety infrastructure and resources, including $2 million to improve city lighting in areas such as St Kilda Road and the Yarra River’s north bank. 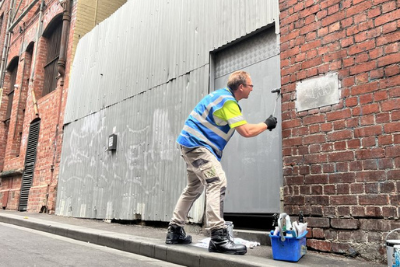 Our clean team is hard at work

We continue to create city confidence with this year’s budget, and rates have their part to play.

Rates are necessary to keep our city running. Our teams work around the clock delivering essential services from waste and recycling collections to road works and street cleaning, public health and safety schemes.

After two years of rates relief for residents and businesses, we will return to the normal rates cycle by implementing the Victorian Government’s 1.75 per cent rates cap.

We will help cost of living pressures for pensioners by providing a rates discount of up to $247, the most generous in the state.

To provide ratepayers with a clearer picture of what they’re paying, waste costs will be listed as a separate item on rates notices. This brings the City of Melbourne in line with most other Victorian councils.

Finance portfolio lead Councillor Philip Le Liu said investments in the draft Budget will ensure Melbourne remains the engine room of the Victorian economy, while building momentum to create a fairer, better-connected city, and delivering more initiatives than ever before.

‘Years of disciplined financial management made it possible to increase investment to support our community as the pandemic steered our city off track over a difficult two years,’ Cr Le Liu said.

‘After delivering consecutive recovery-focused budgets and providing $17 million in rates relief, this draft Budget puts us in a strong position to deliver a surplus in 2023–24.’ 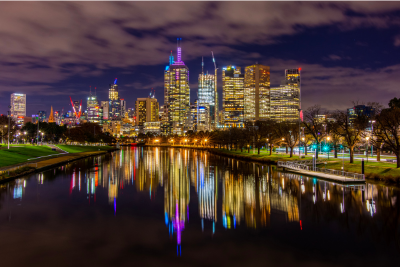 The future is looking bright for Melbourne

Our draft Budget invests in making Melbourne the first choice for business by cutting red tape and attracting new investment and visitors to boost spending and restore confidence.

We’ll spend $730,000 to extend our Business Concierge service – providing recovery and specialised support, startup advice and mentoring at no cost to more than 15,000 businesses.

More than 60 businesses looking to establish in Australia have already been identified, and Invest Melbourne is actively targeting these organisations to choose Melbourne over any other capital city.

A new digital system to fast-track permits is also set to be introduced, making it even easier for businesses and developers to lodge and track applications for dozens of different permit types, including on-street trading and business advertising.

More than $500,000 will support 1,500 hospitality venues and 1,000 creatives through the extension of outdoor dining and busking permit fee waivers until 31 October. Since 2020, Council has absorbed $2 million in permit fees to ease the burden. 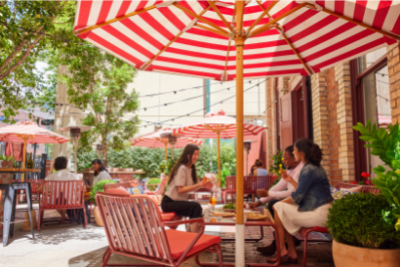 Outdoor dining is set to continue

More than $26 million has been committed to protecting and maintaining the city’s parks and gardens, along with an additional $1.6 million to replace public toilets in Fitzroy Gardens and Carlton Gardens, and $2 million to improve the southern sports field in Fawkner Park. 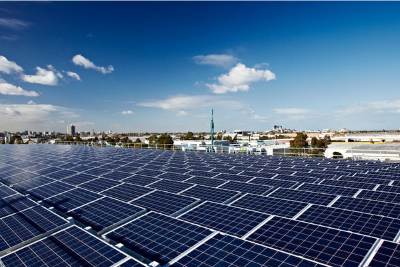 The city’s green canopy will be vital in efforts to mitigate the effects of climate change, with $1.8 million for the annual tree planting program to add 2,400 new trees across the municipality.

We will continue to build on our commitment to combat climate change and move towards net zero emissions with a $650,000 investment in the landmark Power Melbourne project – creating a neighbourhood scale battery network to supply renewable energy to the community.

Work in the coming year will focus on engaging with the community, as well as designing and funding the first batteries in partnership with the private sector. 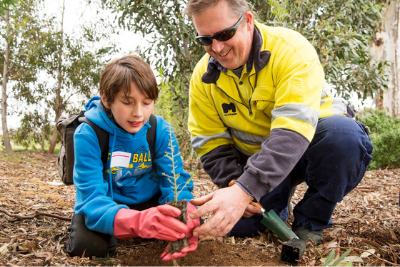 We’re working to green the city

Feedback on the draft Budget 2022–23 can be provided on Participate Melbourne until 11.59pm on Tuesday 14 June.

After a special meeting of the Future Melbourne Committee on Thursday 23 June to consider community feedback, the final Budget is expected to be endorsed by councillors on Tuesday 28 June.

To have your say, visit Participate Melbourne.