Agents of our own destiny 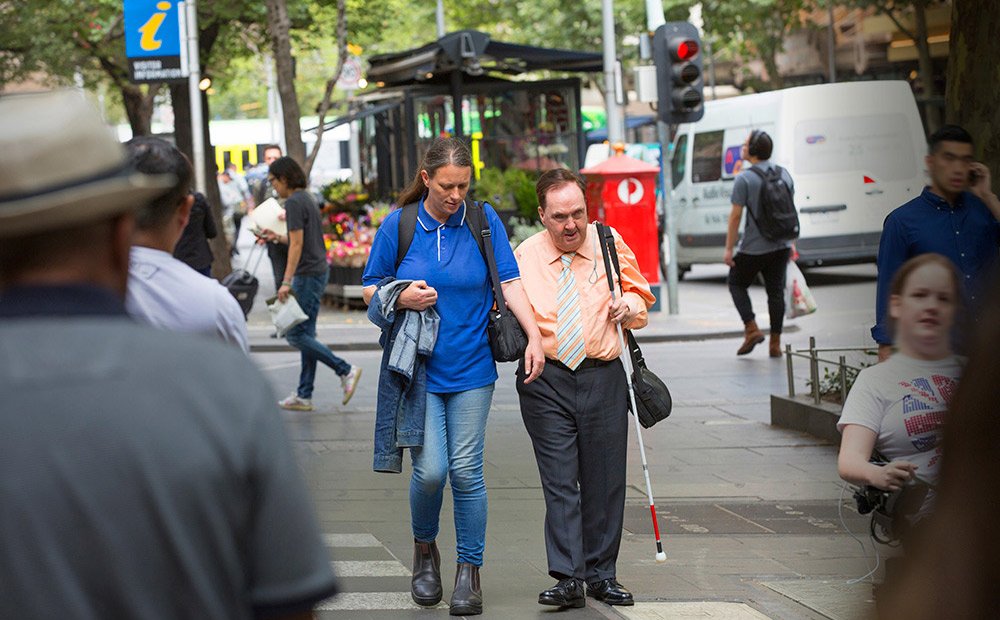 We’ve come a long way since disability discrimination law came in 30 years ago, but there’s further to go. On International Day of People with Disability, three experts show us the way.

Getting around the city is easier for people with disability than it was 30 years ago. And now it’s time to shift our attitudes, according to human rights advocate Graeme Innes AM.

Graeme was the keynote speaker at a recent City of Melbourne forum to commemorate the 30th anniversary of the Disability Discrimination Act, having been awarded the Member of the Order of Australia for his work on the development of the Act.

What’s changed in the past 30 years?

At the forum, Graeme argued that the law has enabled greater access and inclusion, but community attitudes have been slower to shift.

‘We’re limited by the soft bigotry of low expectations. We’re observed as heroes, para-athletes, or victims whose lives have been ruined. We’re seen as people who “suffer” from disability rather than experience it,’ Graeme said.

‘The way we want to be viewed is as agents of our own destiny. Getting on with our lives in the community.’

As a private citizen Graeme invoked the Act to sue a Sydney train company for failing to make audible announcements on train journeys.

‘Next stop’ announcements are critical for blind and vision-impaired travellers, and are now a familiar part of our daily commute.

Being a lawyer made it easier for Graeme to navigate the legal system to get justice. He now argues that complaints-based legislation such as the Act is now outdated.

‘It’s time for a regulator who can take action on behalf of individuals who are being discriminated against,’ Graeme said.

We need to look at the whole person

A person is more than a disability, according to inclusion consultant Margherita Coppolino, who served as a member of City of Melbourne’s Disability Advisory Committee for six years.

‘Employers are talking about how we need to bring our whole selves to work, but usually I’m seen through the lens of disability. I also identify as a lesbian. I’m culturally diverse. I live in the metro area. I’m a low-income earner,’ Margherita said.

‘To me, an inclusive city is where you see everybody from all walks of life in the city, doing everything they want to do. Shopping, employment, sports, all the life events, in a safe and inclusive way.’

How ableism gets in the way of good work

We need to start recognising that people with disabilities are the experts, according to the Chief Accessibility Advocate for the Department of Transport, Tricia Malowney OAM, who uses calipers and crutches to walk.

‘Ableism is not deliberate. It’s assuming if you have a disability, you need to be fixed. I’m happy with who I am,’ Tricia said. She serves on the City of Melbourne’s Disability Advisory Committee.

‘Talk to us. Employ us. Put us at the centre of your conversations and planning.’

Friday 2 December: Disability Sport and Recreation Festival at Crown Riverwalk, Southbank, from 10am to 2pm

Street art: see artwork on a large scale by artists and disability activists Gonketa in Rainbow Alley and Larissa McFarlane in Royal Lane as part of Flash Forward.