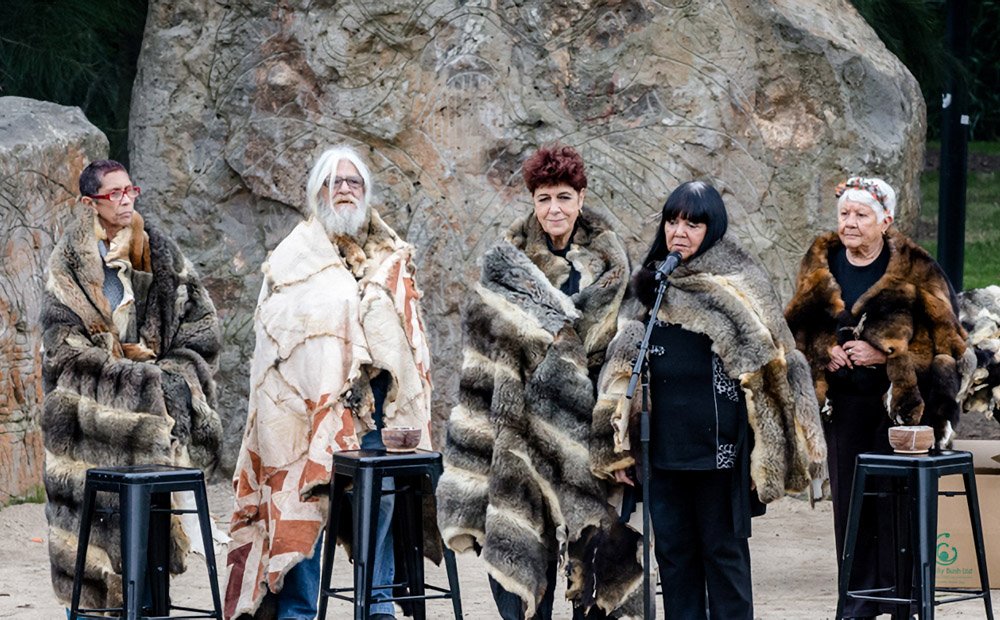 National Reconciliation Week is a time for all Australians to learn about our shared histories, cultures, and achievements. It runs from 27 May to 3 June, and this year’s theme is: ‘Grounded in Truth. Walk Together with Courage.’

The event reminds us that reconciliation must live in our hearts, minds and actions, as we all work together to create a nation strengthened by respectful relationships between all people.

The Aboriginal Melbourne walking tour aims to help locals and visitors better understand the artwork, parklands and other sacred places in the city that play a significant role in the stories of Australia’s First Peoples.

Here are six important places to discover on the journey.

Sir Douglas and Lady Gladys Nicholls Memorial
Parliament Gardens
Pause in the peace of the Parliament Gardens and reflect on this statue, which honours a couple who strongly advocated for Aboriginal self-determination and reconciliation, well before it was the popular view, and whose legacy lives on today.

You may also wish to read our interview with their daughter, Aunty Pam Pedersen.

Birrarung Wilam
Birarrung Marr
Meaning ‘river of mist edge’ in the language of the Boon Wurrung and Woiwurrung people, Birrarung Marr is a popular park located on the north bank of the Yarra River, next to Federation Square. The park includes some striking Aboriginal art called Birrarung Wilam (river of mist camp).

The river camp installation interprets stories from the Eastern Kulin Nation through large rocks incised with animal drawings, a semi-circle of metal shields and a winding, textured pathway to acknowledge the eel – a traditional food source for Aboriginal people who camped by the river.

Kings Domain Resting Place
Linlithgow Avenue
Pause to reflect at the site of skeletal remains belonging to 38 Aboriginal people from throughout Victoria. The site is marked by a granite boulder with an inscription memorial plaque.

The remains were repatriated from the Museum of Victoria in 1985, and this was the first successful repatriation of Aboriginal remains in Australia.

Gayip
Sandridge Bridge, Yarra River
This sculpture is part of The Travellers installation, which celebrates Aboriginal people’s continuing connection to country and the meeting of cultures through migration.

A Woiwurrung word that describes the ceremonial meeting of different Aboriginal clans through dance and storytelling, gayip is central to many Aboriginal social traditions such as marriage, trade and settling disputes.

Each pole represents a different aspect of Aboriginal and Torres Strait Islander life, history or spirituality and, like the trees they came from, are a testament of endurance.

Experimental and empowering, this artwork invites you to discover how their story informs our knowledge of Aboriginal history and contested narratives of colonisation.

The walking tour map highlights many more important places, including the Koorie Heritage Trust, Bunjilaka Melbourne Museum, and the Royal Botanic Gardens, where there is another Aboriginal Heritage Walk.

You can collect the Aboriginal Melbourne walking tour map from our visitor service hubs in the central city, or view it online under Walks.

The tour is one of several itineraries we have prepared to help people understand and enjoy the city.