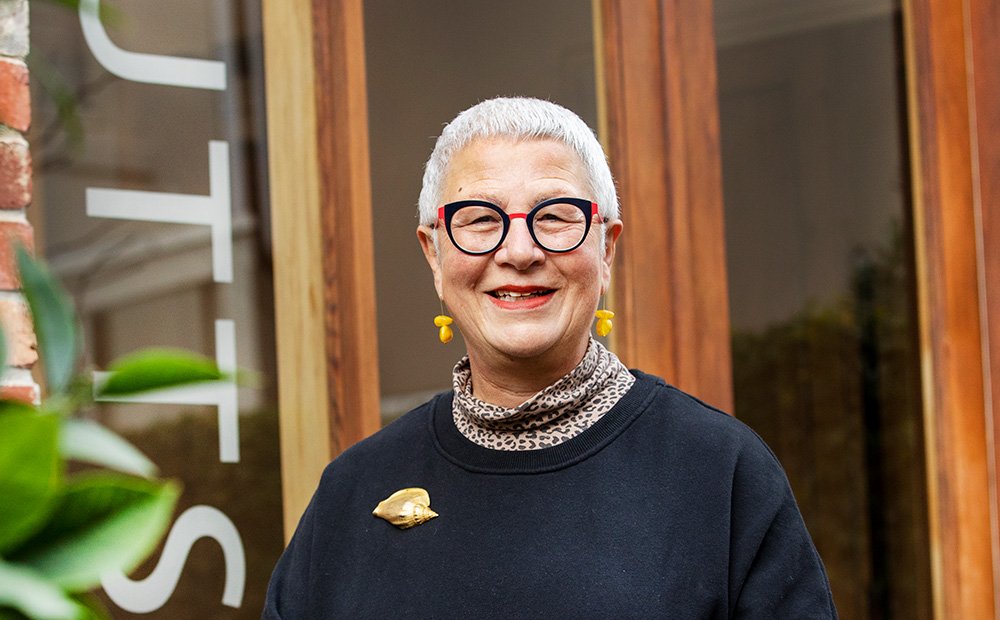 The team’s multidisciplinary work – including branding, wayfinding strategy and interpretive signage – can be found in parks, schools and public places across Victoria and beyond.

‘I love working with clients to communicate their stories to the public through our creative work,’ said studio owner Sue Allnutt.

‘Our close-knit team includes young designers and more experienced designers, and together they bring great skill and creativity to their work.’

The City of Melbourne has recognised Nuttshell Graphics in this year’s Lord Mayor’s Commendations, a program that celebrates the vast contributions small businesses make to our city.

‘It’s always good to get recognition. We’ve been in business for more than 35 years, which I think is no mean feat in today’s world,’ Sue said.

‘I feel like our work is as fresh and exciting as it was when we started.’

Sue began her career in London’s Design Research Unit and the British Museum Design Studio before building her Melbourne studio with an impressive folio that spans all sectors.

One of Nuttshell Graphics’ specialties is interpretive signage that tells stories of local environments, plants and wildlife, which the team has created for Parks Victoria and many local councils.

‘This is worthwhile work because we’re telling a lot of young people about how special the environment is and playing our part in creating that awareness, which is really important,’ Sue said.

‘We also work with a lot of new schools that are opening in the outer suburbs to create visual identities that reflect their modern take on education.’

After an initial drop in business during the first half of 2020 due to COVID-19, Sue feels fortunate to have seen her studio’s workload pick back up.

‘After a while people started to realise they still need to communicate with the public, and we’ve ended up being quite busy this year and doing some good work,’ Sue said.

‘Of course, it’s unfortunate that our team can’t work in same room. As creatives, we really miss having that immediate feedback and collegiality.’

Sue believes one of the secrets to long-term success in small business is being true to yourself.

‘It’s important to work in areas that you enjoy the most and feel comfortable doing. You’ve got to run an honest and ethical business, and enjoy what you do,’ Sue said.

‘I’ve also had the support of my family the whole way through. I’ve brought up two children while running Nuttshell Graphics, and my daughter Zoe has become an important part of the business, so it’s a family affair.’